The author was inspired by #NYTwomensobits.

Clementine Churchill’s husband, Winston, son of the famous American socialite Jennie Jerome, has died at 91. Sir Winston was an accomplished amateur painter and famous for his tea-cakes.

Rosalind Franklin’s lab partner, James Watson, has passed away at 98. For many years a scientist, his true calling was home cooking and he was said to make a wonderful macaroni and cheese casserole.

Adele Astaire’s brother Fred Astaire, 88, popular dance partner of Ginger Rogers and fashion icon, has passed away at his home in Southern California.

Elizabeth of York’s son Henry Tudor has passed away at Whitehall Palace. Henry, 55, was father of Elizabeth and Mary Tudor, husband of Catherine of Aragon, and five other wives.  Henry was an excellent dancer, and well known for his fabulous wedding dinners.

Janet Armstrong’s ex-husband Neil, 82, has passed away in Cincinnati. Neil was a famous practical joker, active in the Boy Scouts and had earned the rank of Eagle Scout. He was a popular Professor in his later years, and everyone loved his butterscotch Blondies at the faculty potlucks.

Henry Ford, grandfather, folk dancing enthusiast and husband of Clara Jane Bryant, has passed away at 83 in Dearborn, Michigan. Henry was an avid gardener, and specialized in growing tropical plants.

Marion Estelle Edison’s father, Thomas, has passed away at 84 in New Jersey. According to Marion, he was a great father and loved to tinker around in the garage. He is survived by his second wife Mina, and many loving grandchildren.

Loving husband Karl Marx, devoted spouse of Jenny von Westphalen, has died in London at 64. Marx was father to eight children, and loved organizing parties for his many friends.

Composer Fanny Mendelssohn’s brother Felix, has passed away in Leipzig at age 38. Home schooled by his mother and musically inspired by his sister’s talent, he was moved to compose a little himself. Felix was also a devoted husband and father.

Devoted father and grandfather Thomas Jefferson has died in Virginia. Mr Jefferson was an avid gardener and a gourmet cook, and his friends and family recall that he took took the greatest joy in home decorating, entertaining, volunteering at a local school and arranging musical evenings with friends. He is survived by his daughters Martha and Mary, and a son, Thomas Woodson. 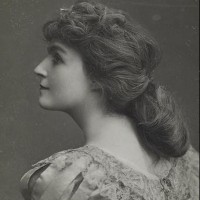