As The Toast searches for its one true Gal Scientist, we will be running a ton of wonderful one-off pieces by female scientists of all shapes and sizes and fields and education levels, which we are sure you will enjoy. They’ll live here, so you can always find them. Most recently: Why Are There So Few Female Scientists?

There’s soap in your mayonnaise!

As a scientist with a degree in chemistry, the surge in chemophobia over the last five years has been both baffling and frustrating.

While there are plenty of toxic substances that we should be well frightened of, there are also many safeguards against their use – by and large, the chemicals you encounter in your day-to-day life are benign, even the ones with the scary unpronounceable names and the ones made from substances that can literally chew your face off (sodium chloride, I’m looking at you). But it’s incredibly easy to fall into the trap of common-sense-based marketing. Scientific literature is not exactly reader-friendly, and scientists have a long history of alienating themselves from Normal People.

“Just kicking back with a brewski in my favourite fuck-off flask. What’s with the side-eye?”

There’s one particularly painful tactic which anti-chemical lobbyists love to use, and that is the faulty generalization. You’ve no doubt seen it enough times already…

To demonstrate how easy it is to make these grand leaps from benign facts to chemophobic, scaremongering argumentum ad Natural News, let me introduce you to my lovely assistant, surfactants, one of my favourite categories of chemicals (yes, chemists all have their favourite chemicals, it’s a disease.)

Chemicals can be roughly divided into two broad categories. On one side are the hydrophiles, which dissolve readily in water, and are highly charged, which lets them interact favourably with other highly charged things – common examples are water, salt, and ethanol (drinking alcohol.) On the other side there are lipophiles, which are oily, and tend to be weakly charged or neutral. The two don’t interact favourably enough to hang out together in a happy stable mix, and despite any amount of violent shaking, they invariably separate and go to their respective sides.

The line between oil and water here is called a phase boundary – a term you might want to casually whip out at your next dinner party. Or not.

Surfactants are magic because they’re essentially the double agents of the chemistry world – a hydrophile and a lipophile chemically bonded into one neat package:

There’s the charged end which dissolves nicely in water and other hydrophilic chemicals, and a long fatty tail, which mingles with oily lipophilic substances. Since the hydrophiles and lipophiles repel each other, there’s a natural drive towards minimal contact. Adding surfactants reduces the repulsion (aka surface tension), which means it actually allows water to dissolve oil, or vice versa (depending on which one you have more of). The surfactant molecules surround the droplets of oil, kind of like a microscopic pin-cushion:

Since they’re such handy molecules, you can find surfactants everywhere. And now for my magic marketing trick! (I mean, illusion.) By simply conflating surfactants and their main use, soap, I will now proceed to warn you that soap is in absolutely everything, and we should all freak the hell out, NOW.

There’s soap in your soap (and detergents)

Soaps and detergents are almost all surfactant – they help lift oil from your skin (or clothes, or dishes) so it washes off into water.

Believe it or not. Technically, soap is made from a strong alkali reacting with a fat, so as long as one of those components is missing, it can be labelled “soap-free,” regardless of whether it’s harsher or not. (Those “micellar cleaning solutions” contain surfactant too – they’re mild enough to be left on the skin without washing off.)

There’s soap in your mayonnaise…and your ice cream

To mix hydrophilic vinegar and lipophilic oil, the two undergo a frenzied tussle with the surfactant lecithin to form the stable goop that is mayonnaise. It’s the same deal with the dairy fats and water in ice cream – the lecithin stops your ice cream from becoming a field of ice crystals floating on syrupy cream (though that actually sounds like a Blumenthal recipe.) Lecithin occurs naturally in egg yolks. Which brings us to…

There’s soap in your eggs

What the hell do they feed our chickens??

There’s soap in your clothes

Now here’s one that’s actually scary. Lots of delightfully slippery, everything-repellent stuff (Teflon, Scotchgard) is made of fluorosurfactants, which are the same as regular surfactants, except for the replacement of hydrogen atoms with fluorine atoms. The fluorine atoms are the same size, but are very densely surrounded by negatively charged electrons (this is known as electronegativity – fluorine is the most electronegative element). This means that it’s difficult for anything, hydrophile or lipophile, to shove the packed-in electrons around and cause temporary uneven charge (also known as London dispersion forces), making the surface even less easy to stick on. This is the usual situation:

Unfortunately you can’t use this science to explain why homosexuality is wrong. It’s been done, sorry.

The polar end of the fluorosurfactant is what sticks it to a surface, covering the object with a bristly everything-repellent carpet and allowing Stephen Fry to enact witchcraft like so:

Now, the scary part – the fluorine atoms make the fluorosurfactants extremely stable, and they persist in the environment without breaking down into simpler substances. This would be fine, except that they’re likely to be pretty damn bad for your kidneys, lungs, reproductive system, endocrine system, and so on. They also bind strongly to proteins, and aren’t easily removed by your body’s natural excretion systems – one of the main offenders, PFOS, has a half-life in the body of over 5 years.

There’s soap in your lungs

Now for some good news: there are surfactants that we want coating our tender, squishy bodies! Your lungs are basically balloon-like sacks covered in water. Because of how much hydrophilic water loves itself and hates lipophilic air, there’s a lot of surface tension – the water wants to bunch up as much as possible, which translates to your lungs collapsing and requiring a lot of energy to inhale. Luckily, the body naturally synthesises pulmonary surfactants, which decreases water’s tendency to bunch up in the presence of air, allowing much easier breathing. (This is also the reason why you can blow bubbles with soap – the surfactant allows water to stretch, and not go back to the default bunched-up state as quickly as when you try to blow bubbles in water.)

Infant respiratory distress syndrome is a condition where inadequate amounts of pulmonary surfactant are present in a newborn’s lungs, and can be treated by (amongst other things) blowing some extra surfactant down their throats.

There’s soap everywhere in your body

Every plant and animal cell is bursting with surfactants! Living organisms are complex machines which have both lipophilic and hydrophilic parts, and without surfactants holding us together we would just be one big film of oily goop sitting on top of a puddle of water.

Cell membranes are made up of surfactants known as phospholipids, which are arranged into two surfaces of pinheads facing the water, with a layer of lipophilic goo sandwiched with the lipophilic tails – this arrangement, which is in All Of The Cells, is known as a phospholipid bilayer.

(Actually, I lied – in some crazy bacteria-like microorganisms that live in incredibly harsh conditions called extremophilic archaea, they have a lipid monolayer instead of a bilayer, which is essentially just the two layers squished together with their tails chemically bonded, so the environment doesn’t just rip the microorganism apart like a piece of snotty tissue.)

That’s an awful lot of surfactants everywhere! We have the same class of chemical in all our cells as the chemicals synthesised (in a lab!) from petroleum to clean industrial tankers and stabilize toxic paints. It also happens to be from the same family as the naturally produced secretion that lets all the Earth’s creatures breathe vital oxygen. See what I did there? With the clever use of generalisations and vague language, it’s possible to be completely technically correct, while at the same time, implying something completely wrong and scary, or completely wrong and good. One tiny assumption can set off a chain that snowballs into a new Hell dimension of frothing bullshit.

How can you avoid it? Well, the best course of action is to understand the science behind the claim. But unfortunately we don’t all have the time to be completely informed on every aspect of all the products we use in our day-to-day lives. A more practical approach? Learn the basics, and then ask all the questions. Pester, pester, pester. Ask the seller. Ask Google Scholar. Ask your friendly local scientist, who will probably relish the opportunity to wax lyrical to an enthusiastic audience. Ask multiple scientists and watch them battle to help you understand. (I guess what I’m trying to say is, be my friend! I’m useful, sometimes!) Then compare the answers, and see which ones fit together to give a plausible explanation.

And the next time you have to choose between the plain product and the one that sounds like it’s been squirted straight from Mother Nature’s orifices, think about how much of that premium price goes to the marketing department. 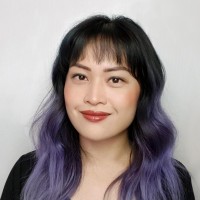 Michelle hails from Australia, has a PhD in chemistry and blogs about beauty science at Lab Muffin. She enjoys pole dancing, arguing with people on the internet and eating cheese.