Gal Science: Why Are There So Few Female Scientists?

As The Toast searches for its one true Gal Scientist, we will be running a ton of wonderful one-off pieces by female scientists of all shapes and sizes and fields and education levels, which we are sure you will enjoy. They’ll live here, so you can always find them. Most recently: On What All Those Genetic Tests Actually Mean.

Fictional role-models may help increase the number of female scientists

Women are massively under-represented in physics and other STEM (science, technology, engineering and mathematics) subjects, at all levels, firstly I will explain why this matters, then I will discuss what we can do about it.

In the UK, female students made up about 20% of all those studying A-level physics (a qualification which is needed for most university level physics courses.) More worryingly, almost half of schools have no female students who continue to study physics after the age of 16. Similar problems are found all around the world with female physics students making up about 30% of physics classes in Norway, 34% of classes in New Zealand and 38% in the USA.

The number of girls choosing to study STEM subjects before university is slowly increasing but further problems appear higher up the career ladder. In the UK, for example, only about 6% of physics professors are female, with this figure rising to about 14% in the USA. The numbers are not so low in other academic fields, with women making up about 20% of all professors in the UK. This is particularly surprising considering that women are typically paid more when working in STEM fields with a decrease in the gender pay-gap compared to other jobs.

Why does this matter?

You may wonder why this is a problem; women have been allowed to study science at university since the late 1800s and they should be free to study whatever they like, given they have the qualifications. Why should we be trying to force people into careers they don’t want?

Unfortunately it’s not that simple.

Since there is no biological reason why girls and women should be less capable or interested in science, the problem is almost certainly socially constructed. This is unfair – women and men should have equal rights and opportunities, both in law and in practise – and so we should aim to find out the cause so that we can address it.

If you do not accept this argument, then consider the fact that there is a shortage of skilled scientists and engineers both in the UK and USA which effects the economy. It is estimated that an increased participation of women in STEM fields in the UK could be worth about £2 billion ($3.3 billion.)

Gender diversity can also make for better science. There are many examples of progress being held back by the assumption that ‘male’ can be used as the default model. As well as costing time and money, this also puts women in danger. Female crash-test dummies were not mandatory in car safety evaluations until 2011, for example, and women are more likely to be injured in car crashes as a result.

Why is this happening and what can we do about it?

It is not surprising that there are fewer women than men in STEM fields. Historically women have faced tremendous discrimination, with many female scientists written out of history altogether. Women were not allowed to participate in university courses in the UK until 1876 and it was almost another century before Daphne Jackson became the first female physics professor in the UK.

The academic system was designed at a time when women were expected to be housewives and this has resulted in it being ill-suited for people that work part-time or have a partner that also works.

Careers in STEM fields usually begin with a number of short-term post-doctoral positions. This means moving to a new university, and often a new country, every few years from the ages of about 25-35. This is a crucial period of time when many people would like to get a mortgage and/or start a family.

If a female scientist has a partner that works in a non-academic field then their career may be prioritised since it offers more stability. If their partner is male and also has a career in academia, then they are more likely to be paid more and so it may be more sensible for the woman to give up work, especially if they want children. This is because short term contracts may affect their entitlement to maternity leave and if they have a child between post-doc positions this may mean moving house just after having a baby, which would be stressful for anyone. A person’s academic achievements are also mainly judged by their publication history, without taking into account the fact that some people have time off or work part-time. For all of these reasons, women are more likely to give up their job than men are in these situations.

Despite the fact that both women and men have expressed an interest in changing the current system, this problem may be difficult to resolve. A UK government report issued earlier this year recommends that the government works with the higher education sector to review the situation but change may be slow due to both tradition and the competitive nature of science.

There is also strong evidence that both men and women have an unconscious bias against female scientists. Studies in both the UK and USA showed that when given identical applications for jobs in STEM fields with randomly assigned male and female names, both men and women rated the male applicants as more competent and offered them higher starting salaries. The participants were not aware of their bias until it was pointed out to them.

Results from the USA study

It is no wonder that girls and women lack confidence if their work is always judged to be less competent than their male colleagues. This may be why girls are over twice as likely to study physics at A-level if they went to an all girls’ school and why women in STEM fields are less likely to apply for funding, are more likely to request smaller amounts and wait longer after rejection before applying again.

The disparity between female professors of STEM subjects and female professors in other fields may be due to the fact that scientists are trained to be objective and so are less receptive to the idea that they are acting illogically.

This problem may be reduced by making scientists aware of their own bias. The UK government report recommends that diversity and equality training should be offered to all STEM students and should be mandatory for all members of funding, recruitment and promotion panels. This would certainly be a step forward, although I would suggest that this training also be mandatory for teachers and lecturers. 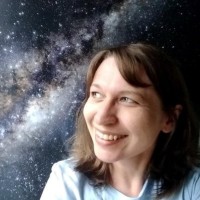 Helen Klus is an astrophysics PhD student at the University of Southampton in the UK, specialising in binary star systems containing neutron stars. She has a background in physics and philosophy and currently runs the science blog The Star Garden.