Q: What is sarcasm?
A: The American Heritage Dictionary defines sarcasm as, “a stone coffin, often inscribed or decorated with sculpture.”

Q: That sounds like the definition for “sarcophagus.”
A: Indeed! But that’s sarcasm: You asked me a question, and instead of giving you a straight answer, I deflected it with a joke. You just failed to pick up on it. Way to go!

Q: That’s not sarcasm. You’re just lying.
A: Not at all! Lying isn’t funny. But sarcasm, when deployed correctly, is funny one hundred percent of the time. Also, somebody who does nothing but lie all the time would be impossible to tolerate. So we just say they’re sarcastic.

Q: By that logic, I can say anything I want, and if anyone calls me on it, I can just say I was being sarcastic.
A: Exactly. You can also say you were being “ironic.”

Q: When should I use sarcasm?
A: Whenever you want! Say, if someone asks you a stupid question, or just any question. Or when you’re bored. But mostly when you’re feeling insecure, and you need people to know that the travails of life don’t affect you like they do others.

Q: Give me an example.
A: Let’s say your friend is a sculptor. And after years of scraping by while pursuing every possible avenue to gain leverage in the cutthroat art world, she’s arranged for a selection of her work to be displayed at a prominent local gallery. And on the opening night of her exhibition, with her friends and family gathered at the gallery in celebration, she points to one of her mixed media pieces and asks what you think. And you express your hope that when she visited the dump to collect materials for the sculpture, she remembered to grab a job application. And then everyone in the room will laugh.

Q: What?! That’s just hurtful. Why would you say something like that to a friend, even if you’re just joking?
A: Oh, I’m sorry. I don’t know what I was thinking. Let’s hold hands and talk about it.

Q: What is sarcasm?
A: A means of condescending to someone while also letting other people know how clever you are.

Q: Are you being sarcastic right now?
A: I honestly don’t know.

Q: Give me another example of sarcasm.
A: Okay, let’s say you’ve met the love of your life, but you don’t reveal your feelings because you’re afraid that you’ll open yourself up to being hurt. And even though he has let you know in various, subtle ways that he feels the same way about you, you keep him at arm’s length, never letting on how amazing you feel every time you’re with him. Until one day he can no longer stand this stalemate, and he gives you an ultimatum. “I love you,” he says. “But I need to know how you feel, because the uncertainty is crushing me. So, tell me now: Do you love me?” And you would say, “No,” and then he would walk out of your life forever, not realizing that you had just totally zinged him.

Q: This is ridiculous. How is society supposed to function if people just treat everything like an opportunity for a cheap joke?
A: You get used to it. 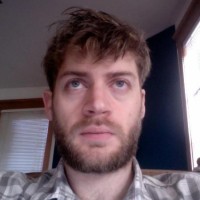 Django Gold is a senior writer for The Onion. You are hereby invited to join the select group of individuals who follow him on Twitter.