Kirsten Morry’s previous work for The Toast can be found here.

When you’re a pedant who loves magazines about beautiful plutocrats, you sometimes notice mistakes. Here is a sampling of such errors from Vanity Fair’s Hollywood issue and two recent issues of Tatler (The world’s best magazine – Ed.)

1. A discussion of Kim Kardashian’s ability to wear upscale clothes without having been given them for free by clothing companies refers to an item’s having been purchased by Kanye West, “Kardashian’s husband.” They were, at the time, merely affianced.

2. The phrase “grizzly murder” is used when said incident involves not one Ursus arctos, only the dark depths of human capabilities. “Grisly” is likely the intended rendering.

3. An advertisement for a luxury clothing company features a beautiful couple engaging in equestrian pursuits and a Shiba Inu dog. Somehow the latter’s thoughts were allowed to go unnarrated; indeed, multicoloured Comic Sans comments are entirely absent from the advertisement.

1. On page 52 it is posited that “the lovely thing about gorging like a ravenous beast over Christmas” is the impetus it provides for colonic hydrotherapy. In fact, Christmas gluttony is a source of joy unto itself.

2. A champagne advertisement states that life can be perfect. In fact, everyone encounters struggles and imperfections, even if simply within themselves.

3. The gadget reviewer describes herself as being “about 18 light years” ahead of the times in recommending a bed that makes itself in the morning. Light years, however, measure distance, not time.

4. Tatler pityingly prefixes both George Cadogan and Prince Michael of Kent with “poor.” The former is unenthused about someday inheriting a large quantity of London real estate. The latter does not like the portraits of him and his wife that hang in his Kensington Palace apartment. These problems do not warrant the degree of sympathy provided.

5. The piece that suggests plots and lyrics for musicals based on recent British aristocratic goings-on is distressingly short.

6. The “most pressing of problems” is not, in fact, what to wear between seasons. It is climate change.

1. Possessing a handbag costing two thousand, three hundred and fifty pounds supposedly “means you’ll be happy for all eternity.” A luxury purse can neither help one create and sustain meaningful human bonds, nor develop and accomplish important goals. Even if it could do any of those things, no purse can stave off death for a moment, let alone eternity.

2. An otherwise entertaining article on the outrageous prices of funerals fails to mention Jessica Mitford. 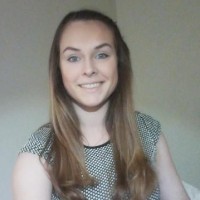