Before I start my science story, let me tell you a little about myself. I’m working on my doctorate in evolutionary neuroscience at Emory University. My research focuses on the anatomical specializations in the human brain that support language and conceptual thought.

“But where’s her degree?!” I hear you folks asking. Don’t worry, guys – even if I am still in grad school, I am a legit serious scientist-lady. I’m going into year 6 of my PhD, and that’s after almost 3 years spent getting my Master’s. I am scientifically decadent, if that’s possible. It’s like if Guy Fieri opened a neuroscience lab and had all his graduate students using Bunsen burners to crisp bacon while he used the cryostat to cut ultrathin slices of Gran Padano. So, context: lady scientist, not really a student, not yet a PhD.

I’m at the point in my career when I will jump at the chance to get more exposure for my ideas. Still thin on publications, but with lots of ideas banging around in my head, I’m not yet enough of an entity in my own field to be considered an “expert.” People don’t email me out of the blue to ask for my opinion. However, I’ve found social media to be a great outlet for communicating science to a broad cross-section of folks. And after spending all day in a windowless lab staring at images of chimpanzee brains on a computer screen, it’s refreshing to actually talk to other humans about my research (albeit while still staring at a computer screen). So I was pretty excited to get a message from a journalist on Twitter who wanted to interview me about a few neurobiology topics, most notably mirror neurons.

Mirror neurons are one of those annoyingly trendy neuroscientific concepts. There is some solid research behind them – essentially, there’s evidence that macaque monkeys have specific brain cells that fire when they see other monkeys move their body parts, and also fire when the monkey in question performs the same movement himself. Pretty cool, right?

This finding sparked the imaginations of neuroscientists, evolutionary biologists, and psychologists, who have generalized the implications rather liberally. We now have assertions that all mammals of a certain brain size possess mirror neurons, and that those mirror neurons not only reflect an understanding of others’ body movements, but their “internal” (read: emotional) states as well. Mirror neurons might underpin empathy – perhaps even morality – in big-brained animals like chimpanzees, humans, and dolphins. Recently, evidence for them was found in cattle. As Friedrich Beef-tzche once said, “Gaze long enough into the hamburger, and it gazes back.”

There’s just one problem with all this. Well, there’s about a billion problems, but for the sake of space I’ll just go into two.

First, those “mirror neurons” we found in chimpanzees, humans, and Shamu? We don’t actually have real evidence that they work that way. In fact, we have no idea what those neurons do. They just look fancy, and since all of these animals have fancy neurons located in the same place as the original researchers documented mirror neurons in macaques, we’ve been speculating wildly that these fancy-shaped neurons – called spindle neurons – are the ones responsible for mirroring.

Spindle neurons were first described by Constantin Von Economo, a psychiatrist of Greek origin and the human version of Grumpy Cat. He was also really good at slicing and staining human brains, and discovered uniquely shaped cells in one particular layer of our cortex, or gray matter. It turns out these long, spindly cells aren’t all over the brain, but only in two specific regions: the anterior cingulate cortex (ACC) and the fronto-insular cortex (FIC).

Constantin Von Economo, moments after being told his work was being cited in a certain mid-level men’s magazine

Which brings us to our second problem: how we got from “monkey see, monkey do” to “monkey feels your pain and, yes, Kevin was being a total jerk and monkey was just wondering what you were doing later?”

Even if we were to go with the assumption that mirror neurons are spindle cells, and vice versa, that still leaves us with the problem of generalizing from motor behavior to feelings, subjective experience, and being a “good guy.” Most people do not need scientific training to realize there’s a big difference between scratching an itch and not being a jerk. However, scientists, bless our hearts, tend to get really excited about monkeys, mirrors, and brains. Just the name “mirror neurons” likely impacted how researchers conceptualized their function, since mirror self-recognition is somewhat of a sine qua non of animal consciousness for cognitive scientists. It also helps that those two regions, the ACC and FIC, are implicated in a lot of emotional processing in humans (in addition to helping you make decisions and letting you know when you’re about to blow chunks, but I digress).

Back to my nascent interview opportunity: I got a nice email from the journalist, who was excited (many exclamation points!) and wanted to call me to get some “solid science” about “body language” for an article she was writing! For publication in a magazine!

There were obviously many ways a lady-scientist could take this. I could take the opportunity – an interview’s an interview, right? – flex a little science-muscle, give the guys a thrill. No harm done, and maybe those crazy kids might learn something. I could be the Danica McKellar of neuroscience (I mean, yeah, I’m a somewhat schlubby 30-something who is barely 5’1” with a wardrobe from the Kohl’s sale rack, but, you know. Pretty close).

Or I could go another route. I do consider myself to be a feminist neuroscientist, after all. I could describe the limitations of our current understanding of mirror neurons and the lack of evidence for the link between mirror neurons and empathy. Talk about the problematic implications of generalizing from macaque behavior to human social relationships. Explain that when the white, male-dominated field of neuroscience speculates on human social behavior, those speculations often reveal sexist, heteronormative assumptions that tend to reinforce stereotypes that hurt women. Maybe Maxim would provide me with a venue to explore the topic on my own terms.

But, dammit, I knew better. I knew exactly what sort of quotes the writer was after. There were clues: “body language,” “communication,” and, of course, “Maxim.” This was going to be an article about how to use your body to communicate with women.

Now what might a male Maxim-reader want to communicate to a woman, using his body? The possibilities seemed nearly limitless. Maybe he would want to talk about Elizabeth Warren’s autobiography, or his recent trip to Ecuador. Perhaps he would like to let the woman in question know that he’s interested in her opinion on immigration. Or he could be looking for a refresher on semaphore.

Yet it was also possible that Maxim would like to help its readers “seduce” women. I decided that this possibility, however slim, was enough to make me feel uncomfortable about the interview. Not that I don’t think people should get lucky; far from it! But mirror neurons and getting lucky – that sounds like a convenient way to spruce up the Pick Up Artist mentality with a magical sprinkle of neuroscience. “Hey guys, having trouble with the ladies? Well, we interviewed – get this – a female neuroscientist (I know, right? I didn’t even know they made them in that flavor!) and asked her to give us some ironclad science-secrets on how to land a mate. All you have to do is copy and parrot back all of your target’s body movements – and eye contact, sustain that as much as possible – and she’ll find herself falling hopelessly in lust with you. It’s not creepy at all, and it’s definitely legit – I mean, it’s based on research funded by the National Institutes of Health! And if there’s one thing the NIH want, it’s for you to get laid.”

I think you see where this is going. I decided not to do the interview. Instead, I sent this to the journalist:

1. Mirror neurons are located in the anterior cingulate cortex, right next to the region responsible for making your dick hard.

2. Women have fewer mirror neurons than men because that part of the brain is necessary for controlling the frequency and amplitude of boob-bouncing. Obviously, this is extremely neurocomputationally expensive.

3. There are multiple other large-brained species that are hypothesized to have functional mirror neurons. Try some mirroring techniques next time you’re at Sea World – you might be surprised at who (or what) agrees to go home with you that night.

5. You know what activates my mirror neurons? No, you don’t, because you didn’t bother to ask me.

Still waiting to hear back about my big break in the world of pop neuroscience. I might be waiting for a while. 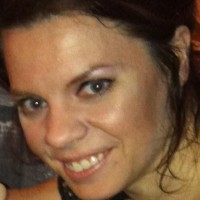 Katherine Bryant is a PhD candidate in neuroscience at Emory University. She writes about science, feminism, and life in academia on her blog, evoneuro.org.