Elena’s previous work for The Toast can be found here.

To count how many emails from professors I got during my years in undergrad, I would have to go back to my old email and do some fairly sophisticated filtering. I’m not going to do that. Instead, I’ll just estimate that about three times per quarter – over the course of nine or so quarters taking primarily computer science classes – I got a mass email from some professor or another saying something like: “There is nothing wrong with the jar [Java file] I uploaded. You aren’t setting the path correctly. Follow the directions.”

On its own, this anecdote speaks to nothing more than students’ persistent arrogance and willingness to blame people other than themselves for their screw-ups. But here are a few more stories.

Twice in my academic career, I had to gently tell my male group member that he’d set up the server wrong, and maybe we should just use cloud hosting, since his home server was not capable of keeping the website up.

Three times in my first year of college, I had to tell would-be helpful male classmates that my netbook couldn’t connect to the wifi not because I was configuring it wrong, but because the signal wasn’t strong enough for my computer to hold onto it.

Twice my first year of professional work, I had to get my male coworker to roll back changes he’d made to the web application I was the primary developer for, because he’d broken the code.

Once I had to talk over the same coworker when speaking to a VP, because the VP asked how the code worked, and my male coworker couldn’t answer the question – because I’d written 100% of it.

Men speak over women in pretty much every arena of life. None of this is, on its own, unique. But I was reminded of these incidents, and many others, yesterday, when about 20 people that I follow on Twitter all attempted to talk to one another on Ello over the course of about 3 hours.

One by one, the reactions from my female friends rolled in: I can’t change my user icon. I can’t figure out how to reply to people. Why are the time stamps wrong? What’s up with the threading? So on, and so forth. Privately, I emailed my girlfriend to point out some problems with Ello. We’re both developers, we’ve both worked extensively on web applications, and we both came to the conclusion that it wasn’t ready for a public beta – there were too many prominent bugs and usability problems. But when I looked at the conclusion on Twitter, there was a theme that wasn’t present in my own high handed criticism: a bunch of highly educated, internet-savvy women were asking each other, “Am I stupid, or is Ello not working?”

I ended up yelling (in all caps, at 10 at night, with my girlfriend lying beside me) “NO, YOU’RE NOT STUPID. BLAME THE WEBSITE. BOYS DO.” And while this is a shallow analysis, it’s also true. Tech is often the yardstick by which we judge our own intelligence. My relatives always say “Oh, Elena’s a programmer, she’s really smart.” Computer literacy is seen as a fair metric by which to judge job applicants. Typos are seen in internet comments as a sign of stupidity. The list goes on. Somehow, as technology became more important and we started communicating online more and more, we conflated “intelligence” and “good at STEM”.

It’s worth digressing to note that there are many types of intelligence, a significant number of which are not suited to evaluation via tech use. But putting that point aside for the moment, let’s focus on the fact that we measure our intelligence via our ability to pick up tech and use it fluently. But when we fail, women almost invariably blame themselves, at least partially. Men almost invariably blame the technology, if they’re using it, and user error, if a woman is using it.

(Another digression: intersectionality of course still applies here. I am a white lady. My competence is assumed over a black woman with hundreds of times as many followers as me, and a stronger Internet presence besides.)

One of the last classes I took in my undergrad career was a class on user experience. It was required for all computer science majors. The class was overwhelmingly female; the professor was female; about 60% of our course materials were women-driven or -authored. And yet, in spite of all of that, I was the only female CS major in the class. The other CS majors were male. The other women were, by and large, communication majors.

That’s not to say I’m a special snowflake, because of course, I’m not. There are women in STEM and always have been. However, it’s important to note that my UX class was so gendered, because men – by and large – scorn the idea of user experience when it’s applied to other people.

“But,” you may be saying, “if men always blame the technology, how can that be?”

Easy. Men see themselves as smart. Worthy technology allows them to apply that intelligence, and prove that they’re smart by mastering it. Unworthy technology frustrates that intelligence, and thus has no right being popular. Most important is the implication that if you can’t figure out the technology men have collectively deemed worthy, then you’re not smart. Thus, user experience – the practice of making a website usable by the masses, and accessible to everyone – is unimportant.

If you’d like a case study, I’d suggest browsing Linux forums. Posts from 2006 or earlier are particularly instructive. Now, it’s more common to at least link someone to an article about how to use make and compile source code. Back then, asking that question of the community would be cause for derision.

Circling back to Ello. I don’t want to bag on them too hardcore, because I do think there’s some promise there. But the truth is that they’re a company with considerable venture capital and a user interface that is, at best, difficult to figure out, with some major bugs. I feel confident saying this because I know principles of web design. I know that their buttons should be larger and not so translucent as to be almost invisible. I know that basic functionality – such as updating your user picture – should not be left to guessing. I know that you should ensure your site renders properly on mobile devices. Ello fails at these requirements. I hope in the future they’ll correct their course, but right now, they are – to me – unusable. And they are unusable directly as a result of their design, not because I, or anyone I know, is stupid and/or bad at the internet.

So like I said last night, to a very limited audience: unless you or someone else can prove that the problem is you, assume it’s the technology. Demand accessibility, ease of use, and good FAQs. The internet has gone global, and every new website shouldn’t be a test of your intelligence. Blame the developers. I can assure you that the men who also can’t figure out threading or how to upload a user icon will be doing exactly that.

Oh, and a coda: once, one of my homework assignments did have a bad jar. We were told to use JDK 6 and when you got everything loaded into Eclipse, the jar’s configs didn’t match up with Eclipse’s, because the jar was using JDK 7. I figured out the problem and fixed it; 3 hours later, I got an email telling us to download a new jar with the correct settings. I hadn’t bothered e-mailing the professor, because I’d assumed the problem was me. 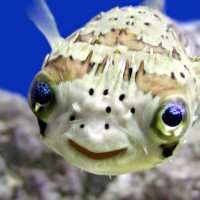 Elena writes about hockey, reads about people who are bad at feelings, and yells about nearly everything. She can also be found at @imperfectelena on Twitter.