Gal Science: Drugs, Pee, and Me

Think of your typical morning routine. You get up, you have a coffee, some toast. Maybe you’ve got a medical condition that you need prescription medication to treat. Drugs, from caffeine to prescription medication are extremely commonplace in today’s society. The global pharmaceutical industry has an annual revenue of around U.S. $300 billion worldwide. Drugs, both legal and illegal, are a huge part of our everyday lives.

But that’s not what I’m going to talk about.

You see, when you take drugs, only a portion of them are metabolized in your body. How much of a drug you absorb into your body is determined by pharmacokinetics (the study of the fate of pharmaceuticals administered externally to the body), and is different for each drug. The leftover drug and the smaller molecules it breaks down to inside the body (called its metabolites) are excreted from the body, primarily through urine, sweat and faeces.

For most of us, we stop thinking about what drugs we took when our headache clears up. Unless you get busted high as a kite in a crack den. Then I’d imagine you’d spend a lot of time pondering it.

But being blasted out of us in a glorious golden cascade is just the start of the drug molecules’ journey. If you urinated in a toilet, with plumbing (if you didn’t, no judgment; we’ve all had those weekends), your drug-enriched pee travels through our plumbing and eventually reaches a sewage treatment plant.

Sewage treatment plants take in household waste water, stormwater, and waste water from businesses and industries. The sewage treatment plants generally use two or three treatment stages to remove harmful substances from the water. The primary stage removes suspended solids for further treatment in a different part of the plant. The secondary treatment stage breaks down contaminants into smaller, less harmful molecules via biodegradation. Tertiary treatment is generally only used when particularly high quality water is needed and is always much more expensive. Once the waste water is treated, it is released into streams and rivers. The solid waste, ever so visually termed “sludge”, is mostly put into land use or incinerated.

By the way, it’s not a good idea to research waste water treatment while you’re having lunch, take it from me. So much sludge.

You may not realize that the everyday substances you ingest, such as caffeine and painkillers, are biologically active and may have environmental impacts. These are just the low level drugs. Everything from hormones to anti-depressants and even a wide variety of illicit drugs have been detected in streams. Take into account agricultural and industrial inputs, and all this adds up to our streams being laced with more drugs than Keith Richards.

So, yet another way humanity is p pouring chemicals into the environment. Yay.

So why haven’t we all started freaking out about dead fish and hysterically screaming? Well, basically we’ve got no idea what all these drugs are actually doing to our streams. This is mainly because the drugs we release into the environment, from our bodily and household waste as well as from industrial and agricultural sources, become highly diluted once they reach streams and rivers. The actual concentration of most pharmaceuticals in streams is measured in parts per trillion (ppt) or thereabouts. That’s one drug molecule per trillion (1 000 000 000 000) water molecules. Science only figured out how to measure these amounts about 15 years ago.

These technological limitations mean that we’ve only just begun to investigate how these pharmaceuticals are affecting aquatic ecosystems. Despite these low concentrations, preliminary results are very concerning. There are literally hundreds of drugs (legal and illegal) that have been detected in streams globally. And it’s not just a one-off thing. As a population, our drug use is fairly regular and consistent, meaning there is a constant flow of biologically active compounds into the environment. If small amounts these drugs can influence humans, imagine their effects on aquatic organisms, which, bar those man-eating alligators, are much smaller than humans.

But first, a little background on the layout of your typical stream ecosystem. At the bottom of the food chain you’ve got your highly exotic pond slime, that greeny-brown slimy layer that coats fallen logs and rocks in streams. This layer is made up of communities of algae, bacteria and fungus and is responsible for nutrient cycling as well as being the primary food source for zooplankton, snails, insects and small fish. The big fish eat the little fish, then the big fish die and get eaten by the pond slime. It’s the circle of life. And it moves us all…

Like the Pacman of the river, pond slime consumes all in its path. Including drugs. If the pond slime consumes the drugs faster than it can get rid of it, the drug stays in its system, a process called bioaccumulation. The pond slime then gets eaten by the higher predators, drugs and all.  This means that all the fish and the bugs that eat the pond slime have the potential to bioaccumulate drugs as well. We know that this is happening because scientists have detected drugs in the tissues of fish and other aquatic animals.

Let me just take a moment to wildly extrapolate as to how bad this could be. If drugs can accumulate in animals in high enough concentrations, they could start altering their behaviour. This has already been observed in smaller species. The reproductive habits of freshwater mussels, for example, were observed to be altered at very low pharmaceutical concentrations. What if we started seeing similar behaviour in large predatory species? I live in Australia, and let me tell you the last thing this country needs is our already notoriously dangerous animals to have their behaviour affected by drugs.

More realistically, it’s the lower rungs on the food chain that are likely to be more highly affected. Which could actually be worse than crack-addled possums, seeing as it is these organisms, the bacteria and algae, which keep streams healthy. A breakdown in nutrient cycling in streams could lead to a build-up of excess phosphorus and nitrogen, which is a known cause of toxic algal blooms. These organisms are the primary food source in aquatic systems, meaning that if their growth is suppressed by drugs, the populations of aquatic organisms in affected systems could plummet.

Global populations and drug use seem as if they’re only going to increase. Furthermore, only 10% of the world’s waste water is treated. All of this adds up to the concentration of drugs in streams and rivers being set to increase if we don’t do anything about it. Fortunately, better waste water treatment strategies have been developed. A wide variety of tertiary stages in waste water treatment are being researched. These extra steps are known as “advanced treatment stages” and go by complicated and very science-y names like activated carbon adsorption, advanced oxidation processes, reverse osmosis and membrane bioreactors. Each different method is better at removing some drugs than others, which poses a new set of challenges. Treatment plants may have to be tailored for the types of drugs they receive, or new “catch-all” treatment processes need to be developed.

Unfortunately, implementing new waste water treatment processes worldwide would be hugely expensive and take a lot of new infrastructure. Governments seem unlikely to bother with new treatment processes unless pharmaceuticals are shown to be a major environmental concern. However, there is still a huge amount of research that needs to be done before we have a comprehensive understanding of how drugs affect our environment. Until then, developing better sanitation in developing countries is definitely a very good move.

Something to think about next time you’re sitting on the toilet playing Candy Crush. 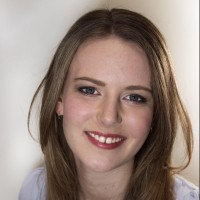 Stephanie Robson is currently undertaking an honours degree in chemistry at Monash University in Australia. In her spare time, she indexes the neighbourhood cat population and tastes the rainbow.