The lack of scientific investigation and follow-through is both obvious and typical of 1970s pop music. This is all the more galling because there were well-established methods for this measurement available at the time. For example, they could have used sonar – or, alternatively, by knowing the volume of love and the cross-sectional area (assuming it to be uniform), a simple re-arrangement of the formula, volume = area x depth would have yielded the depth of love without any need for dolphins.

In this paper, we will discuss whether the 1980s represented a turning point for evidence-based pop music. Due to a lack of time and also enthusiasm, we have conducted audio and visual analysis on a small sample (n = 5) of chart hits released in the 1980s. Each has been classified according to its primary scientific failing.

The closing lyric of the chorus makes a bold assertion indeed: “Things are easy when you’re big in Japan.” This kind of imprecise use of language has no place in science: the scientist rightly asks herself, What “things”? Define “big.” Define “easy.” And lastly, prove it.

But Alphaville make no attempt to investigate or provide data to back up their conjecture. What this song badly needs is a clinical trial to explore the relationship between big and easy, whilst keeping the location constant and equal to Japan. If we take “things” to equal “getting stuff down from a high shelf,” for instance, and consider “big” to be synonymous with “tall,” then we can calculate the relative ease with respect to those two variables. The lead vocalist himself, in the video, illustrates a viable method for this investigation in his choice of sweater. For the inflexible pop star wearing a batwing sleeve, one can use Pythagoras to determine his/her reach, and thus the ease at which s/he can get stuff down from a high shelf. (A right angle is formed at the vocalist’s armpit, defining the batwing as the hypotenuse.)

We look forward to reading their research and, in the meantime, suggest changing the lyric “Ooh, eastern seas so blue” to “my hypothesis may not be true,” which retains the trite rhyming scheme whilst increasing accuracy.

Lyrically sound, this video is a painful lesson in how a lack of basic high school biology can have tragic consequences. Having imprisoned the entire population of Bangkok (n = 5) in an airtight room, Mr. Head forces two of his captives to fight to the death for the dwindling oxygen supplies. However, he has failed to account for the increase in respiration rate experienced by a man wrestling for his very life.  This oversight would result in the asphyxiation of both combatants before any kind of victory could be realised.

Consider the lyric: “I saw the crescent / You saw the whole of the Moon.” The simplest interpretation of this statement is that the subject and his lover are viewing the moon on different nights.  It takes a month for the Moon to complete one orbit of the Earth, and the phase of the Moon as seen from Earth depends on the relative positions of the Sun, the Moon, and the Earth with respect to each other. A full Moon — the “Whole of the Moon”, if you will — is seen when the Moon is furthest from the Sun, and we can see the entire sunlit part. As the Earth rotates on its axis over a 24-hour period, that full Moon can be seen throughout the world.

If the singer that sees a crescent (waxing or waning) on a given date, then the “Whole of the Moon” cannot be seen on the same date, unless his paramour is Not Of This Planet.  Where in the universe they might be is unknown, but it may be possible to work it out by doing loads of very hard sums.

Incomplete Data: “Been Around the World,” Lisa Stansfield (1989)

Far too often, when facing a problem that requires a logical approach, the pop star panics. This results in a song about a failure which could have been avoided, rendering the entire song unnecessary. The repeated chorus of this particular song outlines her rushed response to her “baby” going AWOL: “Been around the world, and I, I, I / I can’t find my baby.” If we take Ms. Stansfield at her word — that she has looked properly, checked under every penguin, etc. — then it becomes clear that her technique has been most ineffective.

“I don’t know when, I don’t know why / Why he’s gone away.” She is mistaken in concentrating just on the “why.” It is the “when” that matters: we need to know how much of a head start her adult male baby has gotten. If she had worked out his maximum distance from her as soon as she noticed his absence, Ms. Stansfield could have greatly increased her chances of finding him, using an Archimedean spiral search pattern. Furthermore, if she had started from the location where her baby had gone off in a strop, then worked her way outwards in such a fashion, she could have been made use of the same techniques deployed by underwater police divers in CSI-type scenarios.

Disregard for the Laws of the Universe: “It’s Raining Men,” The Weather Girls (1982)

In some instances, mathematical modeling can help us understand the behaviour of individual elements within a system. However, when theory is put into practice, it is important to recognise potential errors and further refine the model where necessary. The accompanying video is a simulation of this imaginary event, presenting The Weather Girls’ interpretation of what it would be like were it to start “raining men.”

A man falling from the sky will reach terminal velocity after approximately 450 metres. The video clearly shows these men dancing in Speedos after this occurrence (though strangely keeping their shoes and socks on). They should, in fact, be dead. This is clear evidence of a faulty mathematical method, and in the interests of safety, The Weather Girls should really reconsider the line “According to our sources / the street’s the place to go” (we note that they do not provide references here). It would be far better for women to go in search of a concrete bunker.

Many other songs from the eighties can be condemned by title alone: “Total Eclipse of the Heart” (Bonnie Tyler, 1983) is just wrong, and “Beds are Burning” (Midnight Oil, 1987) is unethical. It is depressing to note that “E = mc2” (Big Audio Dynamite, 1985) is not a fascinating explanation of relativity, any more than “Bad Medicine” (Bon Jovi, 1988) is an investigation into pharmaceutical research and development.

In conclusion, there is no evidence of progress with regard to scientific understanding in the pop music of eighties, as compared to that of the seventies.

In future studies, the authors will be testing their hypothesis that the emergence of House music improved numeracy in young children with its “four to the floor” beat. 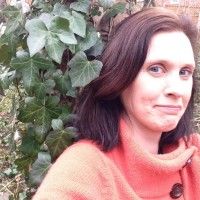 Amanda lives in Shropshire, England. She is a Master of Chemistry and a terrible saxophone player.