I’m Glad My Birthmom Had a Choice

They stood on the sidewalk, most of them elderly, all earnestly holding signs imploring young women to “Choose Life.” If you were driving through Philadelphia in the mid-1980s, perhaps you saw my adorable mug plastered on some of those signs.

I’m adopted. This has been a simple fact of my life for longer than I can remember, like having brown eyes or being an American citizen. No drama. No big family secret.

I was also raised Catholic. Like my entire intensely Catholic family, my grandmother was passionately pro-life. On Saturday mornings, she would pack up stacks of homemade posters and stand along Roosevelt Boulevard advocating for fetuses. She had prints made of my preschool portraits and cut out dozens of copies of my face, sticking them to posters all bearing iterations of the message “Her Birthmother Chose Life.” On special occasions, she’d schlep on a tour bus to Capitol Hill or Harrisburg to implore her senator to vote pro-life. Sometimes she would take me with her, using yarn to make a sandwich board out of two posters, hanging my face below my face. Double impact!

My family is really, really pro-life. The thing is, I was too. When you’re completely immersed in the culture it seems so obvious that the question even sounds ridiculous. But as I grew up, I began to have strong feelings about autonomy. I no longer felt sure that life began at conception. I learned about rights, and inequality. And if that wasn’t enough to sway me into the pro-choice camp, I met my birthmom.

I found my birthmother shortly after I graduated from college, and for the most part it’s been a Hallmark movie ever since. Mary Jo is, perhaps, an even bigger bleeding-heart liberal than I am, a semi-reformed wild child, and a total holdover hippie Deadhead. But even knowing all that, I was still nervous to learn about her beliefs regarding abortion. Once upon a time, she must have declined the option, and I wasn’t sure what that meant. Like me, she had grown up in an intensely Catholic family and been schooled by nuns through 12th grade. I wondered if she ever believed it was an option for her at all.

We rehash the story of my adoption often, the way friends retell the same party stories over and over again. She was a freshman in college, so afraid to tell her parents she was pregnant that she simply didn’t until it was time to go to the hospital. (There’s a lot you can hide behind generous boobs, baggy shirts, and the idea that the Freshman 15 could be the Freshman 40.) She told me that her birth plan was to go to the Jersey Shore over the summer and have me there, away from her parents. But I arrived earlier than planned (possibly the last time this could ever be said about me), and so after being in labor at home for some ridiculous number of hours, she finally woke her father to take her to the hospital. Surprise!

As MJ and I got more comfortable with each other, I finally asked if she had ever considered not going through with the pregnancy.

There was a pause. “I did,” she answered.

My birthmom is 100% pro-choice. Abortion wasn’t the right choice for her, but she had a choice. The decision to carry her pregnancy to term was a separate one from her decision to parent or place me for adoption. Pro-lifers often tend to set up a false dichotomy, with adoption as the selfless alternative to abortion, but for many birthmothers, they are two different decisions. For my birthmom, adoption was not the alternative to abortion; it was the alternative to raising me herself. When we talk about abortion, she is adamant that she would never take that choice away from another woman. She felt that way before getting pregnant, and the experience did not change her mind — it strengthened her resolve.

When pro-life people voice concern for mothers, they usually focus on the emotional consequences for some who choose to terminate their pregnancies. They rarely talk about the emotional consequences for those who give up babies for adoption. I think it’s getting better — there are more resources for birthmothers now, more open adoptions. But my birthmom had a really, really rough road after my adoption, and she is one of the success stories. Mary Jo watched her friends from a support group fall away as she struggled through addiction and depression.

Over the years, I have met some of the friends and family who saw her through the worst, and the relief I see in them is a hint as to how bad it got. They look at me like I am the cure they prayed for, and love me at first sight because she loved me so much it almost killed her to give me up, and now she is all right. It’s a lot to live up to.

Of course, many birthmothers don’t go through what MJ did. There isn’t one uniformly perfect or terrible solution for every unplanned pregnancy. There are only choices, and figuring out which is the best for each person.

My grandmother was well-intentioned; I know that. Standing with a little girl on the side of a twelve-lane highway, I am certain she believed we were saving lives and souls. She emphasized the choice my birthmom made, a vein of guilt behind it: “You wouldn’t abort this cute face, would you?” I know she hoped that abortion would be illegal again in her lifetime. It was not until after her death that I began to test the limits of my own beliefs.

In a religion class, the nun with whom I was tentatively debating asked, “Well, Elizabeth, aren’t you glad your birthmother chose life?”

Yes. Yes! I am so glad to be in the world. But I wouldn’t want it to be because my birthmom had no other options.

Today MJ talks flippantly about the things that hurt her, turning her most vulnerable moments into anecdotes. (This is a genetic trait, I guess.) It has taken years, almost a decade now, to tease out tales of our years apart, and I am still not entirely sure about the timeline and the particulars. I don’t know if I ever will be. She is focused on our happy ending, our happy beginning, but I am well aware that there was a lot of story that came before. I am not to blame for any of that pain, but I am, in the most basic sense, responsible for a lot of it. This is not to say I feel guilty about it, but I am aware of its weight.

And she chose it. She felt pressure from her family, certainly. She found a priest by her hospital bed several hours after I was born, informing her that adoption was the right choice for me. But however imperfect her options were, she had them.

I hate the idea that my life is trotted out as an example of why we should take these options away from others. It makes me feel like a prop in a twisted morality play. It is also profoundly disturbing to imply that adopted kids should feel lucky to be alive, which is exactly how it felt every time my grandmother (or religion teacher, or other various and sundry well-intentioned commenters) spouted off some iteration of “your birthmother chose life.”

I am as grateful that my birthmom chose to have me as any person can really be that, say, their parents had sex at the given moment they were conceived and then chose to have them — a different outcome is too abstract and difficult to fathom, and I would literally never have known the difference. I am also grateful that MJ fought to be here and to be healthy, that she had support to help her through the hard times, and that we have so many years ahead of us. My birthmother chose life for herself, and that is the choice that has made my actual life better. 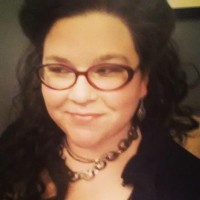 Liz Labacz is a fundraiser and improvisor in Pittsburgh, PA. She writes and performs with Frankly Scarlett Comedy and Arcade Comedy Theater.