An Interview With Deniz Gamze Ergüven on Her Feminist Fairytale Mustang

Sometimes we don’t know what we need from movies until one of them gives it to us. At the beginning of Turkish-born, French director Deniz Gamze Ergüven’s debut feature Mustang (which opens more widely in theaters in the US today and was nominated for a Best Foreign Language Oscar yesterday) a group of five orphaned, school-age sisters in contemporary, small-town Turkey frolic in the sea and play a game of chicken, fully clothed, while sitting on the shoulders of boys. After an adult neighbor tattles on them, their grandmother (Nihal G. Koldas) is furious, hitting the girls and saying, ““Rubbing privates against boys’ necks. You’re disgusting.” Instead of what we expect, that the girls will cry and retreat, we see them break apart a chair in the courtyard and set it on fire. One of them explains, “These chairs touched our assholes, is that disgusting?” Then they go to the neighbor’s house to berate her with obscenities.

So begins the tale of the five girls, Sonay (Ilayda Akdogan), Selma (Tugba Sunguroglu), Ece (Elit Iscan), Nur (Doga Zeynep Doguslu) and Lale (Günes Sensoy) and their sometimes hilarious resistance (which like political resistance, doesn’t always lead to victory) to the increasingly severe limits the family imposes on them. The youngest and fiercest of them, Lale says in voiceover (which is used sparingly enough to give us just the right amount of insight) “One moment we were fine then everything went to shit.”

From the beginning the five, though they argue with each other like all sisters do, present a united front to their grandmother and their dictatorial, abusive uncle (Ayberk Pekcan). The pair finally decide the only thing they can do with the girls is marry them off, one by one.

I was able to speak by phone to director Deniz Gamze Ergüven, a week ahead of The Golden Globes (which nominated Mustang for Best Foreign Language film) and before the Oscar nominations were announced.

Mustang has some of fairytale elements in it, some political parallels and even superhero ones but it’s still a realistic film. I’m wondering if any other films influenced you in trying to get that tone right.

Deniz Gamze Ergüven: Every single scene and situation was anchored in the social reality of Turkey. But I really wanted to differentiate myself as much as I could from a documentary-style drama. I needed all the choices of cinema to carve something which would be close to a fairy tale. I was thinking of Ancient Greek mythology as well. The five girls are like one character with five heads–Hydra. Their uncle turns the house into a bunker, so it was like Daedalus.

I was really interested in the grown women characters. At first, we’re prepared to hate the grandmother for beating the girls and yelling at them. But then the uncle is on the scene and we see that she tries to protect the girls.

DGE: The complexity of the women in the family is striking. Because women do perpetuate the code of social injustice against women. When you grow up in this specific society you don’t necessarily question what you’ve been seeing all your life. I love the way the adult women are conflicted.

I see a lot of parallels in the uncle’s treatment of the girls to how fundamentalist Christians treat girls in the families here in the US, based on our own traditions. Were you thinking of the girls’ position in the family in a larger context of women elsewhere?

DGE: Women from very different cultures with no intersection culturally or geographically with Turkey could completely relate to the story of the girls. And it’s very strongly anchored in all the big religions. I showed the film in a women’s prison in France and there were women from the four corners of the world, from Africa to Eastern Europe who said they had the exact same treatment.

Can you take us step-by-step through the process in which you became a filmmaker in France because it’s very different for women filmmakers in the US.

DGE: I went to a film school called La Fémis which is a state film school in France where you have very competitive exams but once you’re in you have a lot of means to do films for four years. We really made the most of it. Then I was on two different film projects, one before Mustang that was too ambitious, too expensive for a first feature film and I didn’t manage to get it into production. It was harder for me to generate trust, because people are not used to having a younger woman in a position of authority. I had this painter acting in a short film in Turkey and he had spoken about me for weeks before I arrived, calling me “my director”. I saw the people he’d talked to, when they finally met me, a young woman in a dress with a flower on it, were shocked. And not only was I a young woman, but I also don’t have this attitude some people might have when they’re in a position of authority. I make people feel comfortable and am warm and not authoritarian. I wasn’t the imagined director figure.

I was struck by something you said about making each of the girls brave and intelligent. They are, but they’re also so clearly contemporary teenage girls or in the case of Lale, a contemporary middle-schooler. I’m wondering did you base their different personalities and different reactions to the very draconian rules they live under on girls you knew or know?

DGE: There’s one real-life character and the rest are mostly fictional characters. I really have a very strong sense that when you start making a film you are just pulling up something that’s already there: discovering the characters and things about them. You ask questions and they tell you things. They introduce themselves.

The actresses are so natural and believable as siblings: fighting one minute and co-conspiring the next. Even when they’re just hanging out on the floor, talking, they’re still completely convincing. I’m wondering if you had to shoot a lot of extra footage to get the camaraderie in those scenes.

DGE: No. We prepared a lot. We let them become closer and closer in a very safe environment. But they were also just really good.

You’ve given a lot of credit to the co-writer, the filmmaker Alice Winocour, who helped you…

DGE: She actually saved my life at that moment between the previous film and this one . She was like a boxing coach, putting me in a trance. She gave me energy the whole way.

You’ve said that Turkey’s still a very conservative country and the response there to the film has been mixed. Did any of the things the actresses do in the film get you in trouble with onlookers or the girls’ families?

DGE: No. Of course there were huge things in the film the families weren’t very happy about at first. So with the families as well as the girls we had long talks, and I had most of the parents with me and helping me. Like did the girls ever have an experience with death before? We started off the discussions with the parents and then the girls. They were very supportive, but it was a long process of becoming a team with them as well.

Everything you’ve said about the shoot in Turkey makes it sound stressful. Was there a special way you coped?

DGE: No, because I become a different person, and it’s like I’m playing a role, a hit-man. I just do whatever it takes to protect the film. I don’t engage in that kind of power struggle in everyday life. It was like a long chess game. Every move is very thought-out.

The film has a lot of instances of fantasy fulfillment. You said the girls’ defiance is really the opposite of what you did as a child when you were caught playing with boys in the same way. I’m wondering if you can talk about the power of fantasy in your own life.

DGE: I think I have that inner voice, saying all the time, the things that the girls in the film say but I don’t have the boldness they have, to say it out loud.

You’ve also spoken of filming the girls in such a way that you show them moving freely and lounging around but not sexualizing them, I’m wondering if you have guidelines in how not to sexualize girls in movies.

If you’re nominated for an Oscar are you going to take the actresses who play the girls?

DGE: I can’t talk about that. I’m too superstitious. The fact that we’re nominated by France, a country that has adopted me, it’s beyond emotional. I’m trying not to predict anything.

This interview was edited for concision and clarity. 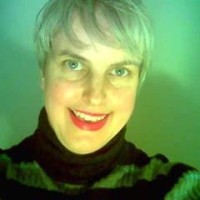 Ren Jender is a staff writer for Bitch Flicks. Her previous work for The Toast can be found here.