If you are of a certain age, the tweets from your awkward and tormented teen years will  almost certainly come back to haunt you in job interviews of the future. Because what’s published on the Internet never dies.

Disclaimer: All tweets in this post were published by real teenagers in the year 2013. Names have been changed.

Interviewer: Thanks again for coming in today, Katie. We really appreciate your time and loved getting the chance to learn more about your potential fit at our bank. You graduate this spring, correct? Good, great. There are just a few things I wanted to discuss with you before you head out. All of your references checked out, even the mother of the children you babysat for five years ago. She said you made wonderful cookies and unloaded the dishwasher without asking, so it’s clear you can go above and beyond what’s asked of you. What I wanted to ask you about were some of your tweets. You know, we do a thorough social media search before we hire any new employees, and I found some tweets that I wanted to discuss with you.

Katie: Sure thing, ma’am. No problem at all.

K: From six years ago?

I: Yes, Katie. They’re published on the Internet. It was pretty easy for someone as computer illiterate as me to find, so who knows what a client could scrounge up? I just need to go over them to get some answers about your personality and, frankly, because of my own personal interest.

I: All right, July 15, 2013. “I will marry the first person who brings me donuts.” This one worries me only because we have donut Wednesdays. Has anyone told you about those? The young boy, and I mean young boy, who brings the donuts can’t be more than 14. He’s a very nice kid, but we really can’t have you marrying him. He hasn’t finished high school yet. He won’t work at the donut shop forever. But maybe one day…

K: Oh, I can assure you that won’t be a problem. I’m actually in a relationship right now and have no interest in–

I: Oh, really? Are you happy? If so, I’d consider it a marked improvement since your April 10, 2013 tweet reading: “What you must understand about me is that I’m a deeply unhappy person.” Even more troubling is that not one of your followers replied to ask if you were all right. It was, however, retweeted fourteen times. Would you say you have an adequate support system in your life?

K: Uh, of course. I mean, there’s my boyfriend and my parents and some friends from college and…some others I’m sure.

I: Good, then maybe you should you refrain from tweeting: “Ok ur rude” or “I’m sorry but you’re crazy.” It might give you even more friends in the future. Just a thought. My mother always said, “if you don’t have anything nice to say, don’t say anything at all.” That reminds me of another thing: you didn’t mention anyone by name in those tweets, but seemed to have someone particular in mind when writing them. Why is that?

K: Oh. It’s called “subtweeting.” Tweeting about people without using their names. Kind of like when you would say, “Someone didn’t go pee in the litter box again” when talking to your cat. Or something like that. Not to assume that you have a cat. You just seem like —

I: Of course I do. Next item on the list: “No pants, no problem.” I realize that wearing pants can be stifling. I prefer skirts myself. It’s more freeing. But I do want to make sure that you do, in fact, plan on wearing bottoms regularly. Skirts and dresses are within our office dress code, but we just can’t allow a panties-only approach to the workplace.

I: I’m not finished, young lady. March 9, 2013: “For six retweets I will brush my teeth.” This is good to know. Do you respond well to incentives?

I: February 18, 2013: “My hobbies include taking hour-long showers, eating cereal, blogging, and crying over attractive people I can’t have.” This is slightly different from the running, crafting and cooking you told me were your hobbies earlier, but not a deal-breaker. Do you think an old lady can’t handle the truth about how you spend your spare time? I, too, cried when I found out Liam Hemsworth was engaged to Miley Cyrus, and he’s much younger than me.

I: The last one and my personal favorite. “HGTV is my shit.” Mine, too! Would you like to come over and watch House Hunters International? And only International, not the regular House Hunting. If there’s one thing I’ve learned in this life, it’s that if you can’t marry  Liam Hemsworth, you can at least live vicariously through rich families and their Swiss cottages while you sit on the couch in your own pants-free zone. 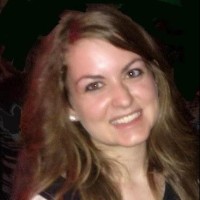 Allison Pohle is a writer currently based in Columbia, Missouri. She is very glad Twitter became popular after her teen years, thus forever sparing her the designation of "Former Angsty Teen Tweeter."