Criminalizing Us to Death: How Racism in Medicine Nearly Killed Anthony Stokes

In my first year of college I took a fair number of psychology classes. I didn’t know exactly what I wanted to be when I grew up, but I knew I wanted to avoid all of the math and science I could in the process of figuring it out. So psychology (of the non BSc variety) seemed like a great fit.

It was in one of those early classes that an instructor told me about Even the Rat Was White: A Historical View of Psychology, which spoke specifically to the ways in which medical research has been used to create and reinforce racial stereotypes about Black folks. While this book doesn’t provide the final word on how racism shapes the healthcare experiences of people of colour and Indigenous people,  it provided me with a window into a world that can be racist as shit, and more terrifying than I could have ever imagined.

From there I started to look at the ways in which Black people experience medicine in the West, and how people of colour (as well as other marginalized groups) have been largely excluded from drug testing. Medications that have been released to treat or manage any number of medical conditions were not formed or refined with our own wellness in mind, or even with an understanding of how those medicines could impact our bodies.

I came to know the story of Henrietta Lacks, who had parts of her body harvested without her permission, without her acknowledgement, and without any remuneration. Her cells are used, to this day, for medical research. The racism inherent in the initial theft of parts of her physical self has been continued in the way her story has been told. This ongoing injustice made my heart heavy.

There are also numerous accounts of the horrors of medical testing conducted upon Indigenous and racialized bodies, from the torture committed against children in residential schools, to the Tuskegee syphilis tests, where Black men were misled into believing that that they were receiving treatment, while in fact their slow deterioration and deaths from a curable disease was studied over the course of decades.

And don’t forget segregation! In Canada, we had an entirely segregated hospital system for Indigenous people, where terrible things routinely happened to patients, up until the 1970s. In the United States, segregated hospitals were also par for the course until the 1960s. Both Canada and the US continue to provide specific health services to Indigenous people that are often criticized for unequal funding, access, and service delivery. Access to healthcare is further segregated by issues including poverty and physical distance from healthcare facilities.

As people experiencing marginalization, we all know personal stories from loved ones who may have been turned away from health services, who may have been treated terribly by medical professionals, and who often have not received a baseline of treatment for the medical care that they are entitled to as human beings. We likely have our own stories too. And we certainly know how these outcomes continue to worsen when considering other intersectional factors.

People of colour often must choose between accessing a system of healthcare that may take more from us than it gives us in return, or else not accessing health services at all.

So. While it did not come as a surprise to me that Anthony Stokes, a Black child with a life-threatening heart condition, would be told to go home and die quietly, because of his history of “non-compliance,” despite the availability of a life-saving organ transplant, it did make me sad, and incensed, and outraged. I also started to learn about the particular difficulties that people of colour face in accessing organ transplantation in the United States. Seriously. What the fuck?

I don’t think a system that already criminalizes Black bodies at disproportionately high rates in every aspect of our lives has the right to use that criminalization to devalue the life of a child in need of an organ transplant. To imply that a kid can’t learn to do the things he needs to do to maintain the heart that would give him time with his family, and his friends, and his aspirations, and his own damn life, just because he had been in some kind of “trouble” (whatever that means anyways), is just. No.

I have thought of that precious child and his precious life every day since I first read about him. I have cried about him, I have dreamed about him. I want him to have every opportunity to grow up and live the life that he dreams of for himself. Like I want for every child, everywhere.

But this was not guaranteed for Anthony Stokes. He was told his life was not one worth betting on, and that was that. It took community mobilization, social media activism, and the power of prominent Black voices before the hospital board reversed their decision, mustered a vague apology, put him on the top of the transplant list, and finally performed a successful transplant.

My heart sings for Anthony Stokes and his new heart, and for all of the things that he will go on to experience and accomplish in his life.

But. You know and I know that Anthony Stokes is not the only person whose value has been discounted, their opportunity for survival dismissed, by racism and racist institutions. We know this has happened before, and we know that this will happen again.

So, as the song says, (link included for a mid-read pick-me-up, just in case you need it), “Where do we go from here?”

I have some thoughts.

DISCLAIMER: I can’t answer all of the questions about how to fix healthcare so that racism doesn’t literally kill people of colour and Indigenous people accessing medical care. Because 1. Your healthcare system is confusing, America, and Canada’s is too; and, 2. This issue is not just about healthcare, it is about the prevalence of racism in every facet of our daily lives.

But I do have a few things on my “make healthcare less racist” wishlist:

One is more candid conversations about issues of intersectionality, oppression, and healthcare access. All kinds of marginalized folks have negative healthcare outcomes because of discrimination. As Lilla Watson says, “If you have come here to help me, you are wasting our time. But if you have come because your liberation is bound up with mine, then let us work together.” So, let’s do more of that. Yeah?

Another idea is universal healthcare. Because, WHETHER OR NOT A PERSON CAN AFFORD MEDICAL CARE SHOULD NEVER BE A DECIDING FACTOR IN LIFE-SAVING MEDICAL TREATMENTS.

Also, I sure would love to see a dedicated, publicly funded effort to get youth of colour and Indigenous youth into medical programs, and into medical positions, and into the highest positions within medical institutions. Like, into the spaces and positions where decisions get made.

I would like to have serious conversations with all healthcare practitioners. I would like to see radical re-education about equity and social justice as an inherent part of medical practice. To undo injustice we need to speak up about it, to learn to identify it, and to institutionally embrace ending it at every level.

This list is certainly not exhaustive. It is likely not even the beginning of the beginning of what we need in order to see a healthcare system that treats us more like human beings, and less like disposable test subjects.

I don’t know exactly where the answer lies. I do however, know what this answer looks like. It looks like a world where Anthony Stokes is able to get the same medical treatment as any other 15-year-old who needs it. And it looks like every other person, whoever they are, getting an equal chance at surviving the healthcare system, too. 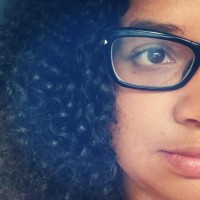 Add a comment
422343 Comments on Criminalizing Us to Death: How Racism in Medicine Nearly Killed Anthony Stokeshttps%3A%2F%2Fthe-toast.net%2F2013%2F08%2F28%2Fhow-racism-in-medicine-nearly-killed-anthony-stokes%2FCriminalizing+Us+to+Death%3A+How+Racism+in+Medicine+Nearly+Killed+Anthony+Stokes2013-08-28+14%3A30%3A31Jessie-Lane+Metzhttp%3A%2F%2Fthe-toast.net%2F%3Fp%3D4223