So I am getting married in May (to some jerk, you have not heard of her) and I need to buy a shirt. I have some shirts, yes, but they are not wedding shirts. I need to debut a shirt at my wedding. And I like to look nice, dang it, so something a teeny bit fashion forward sounds like the way to go! Unfortunately every retailer of shirt has not gotten the message because literally all I can find is the following nonsense. These are all from REGULAR STORES:

Do you know what is extravagant? Animal print. So what if we had EVERY ANIMAL on the shirt? Yes, good idea. A veritable noah’s ark, but on a shirt for a man to wear! Outside, where anyone can see. Also, what if it were red? Yeah, like animal blood! Perfect.

If you look at this shirt for a while and let your eyes unfocus, you can actually see a lil boat! Wow

this would work pretty well for my Power Rangers: WILD FORCE-themed wedding but that girl did NOT pan out

finally, “tribal” bullshit but for men! misandry has been defeated, congrats everyone

this would be a very nice way to look exactly like “Rowdy” Roddy Piper and Harley Quinn had a kid, so it’s actually pretty neat

so boring! Get your shit together, designers, I’m snoozin’ over here! 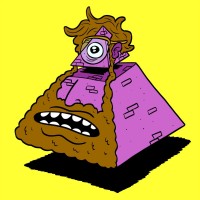