L’Ecole des Filles and the Rise of Pornographic Literature

Jilly Gagnon’s previous historical smut column for The Toast can be found here.

I remember being told in high school, during a particularly dull unit on Puritan literature, that there was a time, not that far back, when fiction was still considered suspect. Reading was supposed to improve the reader somehow. It should be a true story, informing you of more about the world than you knew before; a history of some important place or figure; or at the very least, a vehicle for moral teachings.

In order to stay within the bounds of respectability, works of fiction regularly tried to fit themselves, however awkwardly, into an accepted “high” form—like the heroic epic or the chivalrous romance—or they cloaked themselves in the trappings of truth. Hence the popularity of epistolary novels, published diaries of “an actual survivor,” and novels posing as memoirs or biography; lurid scenes, illicit romances, and bad deeds unpunished couldn’t be considered as corrupting if they were, in theory, true.

L’Ecole des Filles, first published in 1655 in France, and considered by many to be the first western work of pornographic literature, may have invented one genre (porn-lit), but it still hews closely to the forms of its day. Presented as a series of true dialogues between two young women—Fanchon, a naïve 16-year old and her older cousin, Susanne, initiated in the ways of love—the author makes a deliberate effort to convince the reader that his book is, in some way, improving.

The book begins by posing itself as an instruction manual for the most important part of marriage:

My beautiful and curious girls: The following instructions are very important for you, because they contain the fundamentals that make for a happy marriage. They teach you all the infallible means to satisfy your husbands, if you are going to have any. They also give you the necessary wisdom that will cause men to love you even if the freshness of early youth has left you.

But—modern porn-lovers, cover your eyes—it urges those girls who feel the need “to be hasty and take lovers,” that they should:

Do so with the greatest possible discretion so as not to shock people of good society. There is nothing so precious for a young lady as her honor and reputation. A girl without honor is like a girl without clothes, remember that. You must always use your intelligence to keep your reputation intact.

Though it seems strange now, the conceit of this being a sort of wifely instruction manual isn’t completely far-fetched; the importance of remaining a virgin until marriage was enforced at the time by a strong church, and women, believed to be naturally more lustful than men (and essentially incapable of controlling their desires), were deliberately kept ignorant of sex for as long as possible.

In a memoir of her life, one Mrs. Menzies recalled her cluelessness about sex up until her marriage; “I was shot out into the realities of life…in a condition of black ignorance. The fact that I did not have the faintest idea what I was doing was a matter of legitimate self-congratulation to my parents as a proof of the success of the upbringing they had bestowed on me.”

Mrs. Menzies wasn’t married until 1870; in the decades and centuries before that, women’s education—particularly their education regarding future marital “duties”—was even more circumscribed.

The unknown author of L’Ecole des Filles (it was credited to Jean L’Ange, a squire of Louis XIV, with Michel Millot named as editor, but there’s no strong evidence of authorship) seems to take the idea of Fanchon’s innocence incredibly literally; not only does she have no idea of sex, she doesn’t even realize the basic facts of anatomy. So the book starts in the absolute sexiest possible fashion: with profoundly basic sex ed.

Susanne asks her cousin if she’s ever seen a man, or even a little boy, naked. Fanchon eagerly replies: “Ah, yes, Susanne! I remember I once saw a young man who urinated against a wall in the street. He held something in his hand…that looked like a white sausage.”

Not nearly as tasty as Susanne’s explanation of what that sausage really was, though:

That piss-instrument is not always called a prick, but also the male member, the joy stick, the arrow of Cupid, the cock, or the love-muscle. When a boy is nude, one can see that thing hang quite limply below his belly like the teat from the udder of a cow. At the same place where the boy has his prick, we have a hole for urinating…then, below and behind the prick, there are two little balls within a little sack of skin. They are indeed called balls or nuts, but you must never pronounce the word before people. Balls are very sensitive to the touch and feel like a pair of big Spanish olives when you take them very gently into your hand.

To which Fanchon, ever the eager student, replies ingenuously “Ah, how fascinating!”

Truly, this is the stuff to fuel your solo sessions.

Of course Susanne eventually gets to the mechanics of the whole affair (after Fanchon questions how the man can get “that limp sausage into her hole…does he push it in with his fingers?”), a scene guaranteed to turn up the heat for the reader:

That whole instrument looks like a large tube and is slightly curved…the girl feels the contact of the velvety skin of the stick with its round head moving inside her own tube…at last both begin to feel a divine tickling tension in their united tubes as if they were about to burst…they both discharge a liquid from their tubes; it is white and thick like mush.

Basically, this book is trying to wreck not only sex, but several basic 17th-century food groups.

Eventually, the language becomes less stilted, everyone’s parts aren’t described as “tubes” anymore, and the book moves on to recounting actual sex (its tone alternating between “almost-sexy-ish” and “installation instructions for your brand-new pneumatic mush-delivery system.”) We hear a bit about all the different positions things can be done in, and watch as Susanne and her lover eat candies and talk for hours by the fire (naked, and yes, they eventually bone again), and by the second dialogue, Fanchon is describing her own “delightful” first romp.

And that’s when things start to really get strange.

Because, in between the efforts to sway young ladies towards accepting reverse cowgirl as just another part of life as a wife, it works on the ladies in a much more subtle, and presumably less sexual, manner: it champions feminism.

And not the girl-on-girl kind. The grrrrrl kind.

Fanchon worries first about her reputation (Susanne assures her that she’ll be fine as long as she isn’t caught), then, belatedly, about “God, who knows all.” Susanne’s response is swift and dripping with scorn:

God, who knows all, is not going to tell people anything. And why all the secrecy? Because it is a man-made world, a world in which men judge their own sex differently from ours. They all want to marry virgins, but what about themselves? Believe me, if the women would have all the authority in this world and rule the churches as the men do, all this secrecy would be unnecessary…[men] had to make those laws to intimidate the women…they hope to keep us in constant fear that way, and while they indulge themselves secretly with us, they want us to abstain. Isn’t that a paradox?

It’s not the only place where the book veers away from what we would assume is its primary purpose—titillation—towards a message of female empowerment. Between descriptions of “love muscles” at work, Susanne and Fanchon delve into why love exists in the first place (Susanne’s explanation adheres almost exactly to the Platonic conception of man and woman as the divided remnants of a once-unified soul), how one should act (outside of bed), and what makes someone attractive. Susanne’s response celebrates much more than sex:

Only a primitive man will be attracted by nothing but a woman’s body, while an intelligent and spirited male enjoys also a girl’s mental qualities, her quick wit, and her spiritual poise. Do you know what has happened several times…when I discuss literary or other elevated topics with people, [my] way of handling such conversations excites him so much that he sometimes asks me to come into a corner of the room where he lets me feel his stiff tool, telling me that my clever arguments have given him such delight that he felt like fucking my mind by way of the body.

So who, in the end, was this book really for?

Still men (sorry for getting your hopes up.)

In 17th-century France, wealthy boys might receive some sort of formal schooling, but women were still educated mainly at home. The overall literacy rate for women may have been as low as 14%; in some regions (including almost everywhere outside the near vicinity of Paris) it dipped far lower.

One of the few extant descriptions of L’Ecole des Filles from around the time of its original publication involves Samuel Pepys—eventually a naval administrator, but best remembered as a mid-17th-century diarist—who obtained a copy, read it, and promptly burned it, specifically so it wouldn’t be found by his wife. Presumably this book (like all books at the time) was written for an upper class audience, but it’s still a stretch to believe it was written for upper-class women; how a woman would even obtain a copy without condemning herself is hard to imagine.

In fact, how anyone would have obtained a copy is something of a mystery; the initial printing, in the spring of 1655, was for just 300 books (50 of them on high-quality paper, ooh-la-la.) By June, L’Ange had been arrested for obscenity, and the majority of the copies were seized from Millot’s apartments. Millot had fled, but on August 9th of the same year, most of the confiscated copies—as well as an effigy of Millot—were burned publicly. No other original copies survive (an illegal 1667 reprinting in Holland, titled l’Escole des Filles–likely the version Pepys obtained–preserved the content of the original, if not the form.)

…and far fewer that ended with a load of mush to the face. 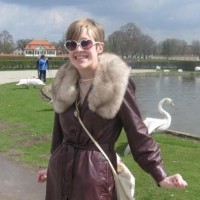