Recently in Phoenix, Arizona, a woman was arrested for walking down the street, engaging other pedestrians in conversation. This was a blatant case of profiling, because police accused the woman, a transgender woman of color, of soliciting sex work. For those who don’t know, transgender means a person’s experienced gender identity and their assigned sex at birth are incongruous. I was assigned female at birth, but from a young age I felt that was inaccurate, and after years of emotional turmoil, psychiatric intervention, and drug addiction, I got clean and began medically transitioning, taking the only drug I need—testosterone.

Back to the woman in Phoenix: It’s a harmful stereotype that many trans women are sex workers, and a recent Amnesty International report describes how police often profile these women as such. However, like any stereotype, there are people for whom it’s true. Many trans women, especially those who are economically disadvantaged, rely on sex work to survive. Also, it’s estimated that between 20-30% of trans people use drugs, as opposed to about 9% of the general population. These rates, combined with the daily discrimination against trans people, suggest trans people use alcohol and drugs to cope with the impacts of discrimination, including discrimination in such areas as the workplace, housing, healthcare, legal documents, marriage, public restrooms, and the military. These forms of discrimination, particularly the fact that transgender people face rates of unemployment at twice the rate of the general population, especially for trans people of color, explain why many of us are drawn to performing sex work as a source of income.

While it’s relatively understood that many trans women do sex work, so far in my experience, I’m the only trans man I’ve heard of who has worked in the sex industry. Although I’ve never heard of another, I strongly doubt I’m the only one. So I’d like to share my experiences as a male prostitute, with the hope that other trans people and sex workers can feel less alone and know there are people out there who share their experiences and place no judgment on them.

The interaction was awkward and impersonal. Down in his basement bedroom, flags and posters of sports teams lining the walls, it wasn’t hard to see he’d been forced into the pressures of hyper-masculinity and needed a respite. He told me to get undressed and rub him to erection, while calling him a sissy and a faggot. Having never topped anybody before, the words felt strange and unnatural on my tongue, even more so than his dick, which I sucked in between sips of cheap beer. Finally, he handed me a soft, squishy dildo and a harness, and turned over on his stomach. The toy must have not been well-constructed, because it wouldn’t stay in the harness, so I held it with my hand, trying to keep it from slipping entirely inside him. Soon enough, it was over, I was home, slightly richer. He’d shorted me the last sixth of the payment, claiming he’d pay me back. He never did. A good rule in any type of business—at least see the money first.

Following the experience, I felt cheap and used, disappointed in myself. Had my penchant for smoking pot gotten so out of control that I was willing to sell my body for drug money? Apparently so. A song lyric screeched by a grungy punk singer came to mind: “You think I sell my body? I merely sell my time.” I believed that was true for me, but I didn’t feel like it. I decided I would never trade sex for money again.

As addicts do, I later broke that personal boundary. After getting inadvertently hooked on a white powder I didn’t realize was methamphetamine, I later discovered the wonders of crack cocaine. If you’re fortunate enough not to know, freebase cocaine is relatively expensive, and only lasts a few minutes once you’ve used it a couple times. Immediately following the intensely euphoric bliss of the high, comes a quick and painful crash—feelings of depression, restlessness, and an obsessive craving to feel the high again. I’d only used crack a few times when I was letting my dealer, easily 30 years my senior, fuck me in exchange for more.

Unlike the experience with the guy from high school, this was extremely humiliating for me. And painful. Never a fan of penetrative sex, I had little prior experience being fucked. But there I was, hoping my cries of anguish sounded like cries of pleasure, as he thrust in and out, my ankles at his shoulders. It was unpleasant, unsafe, and I felt disgusting, but I got my drugs, and at the time, that was all that mattered.

Many sex workers, including erotic dancers, models in adult films, and those who trade sex acts for money, can attest to this: We are often not treated well. Our work creates a mutually exploitative relationship, but it’s not evenly balanced in terms of power. My crack dealer and I were pleasant enough to each others’ faces, but when I tried to steal his drugs, he wouldn’t let me pee upstairs anymore. I felt indebted to endure sexual harassment, even if I wasn’t paid for it, like when he told me to bend over so he could smack my ass in front of the other users, or when a young woman demanded to know my gender and felt my chest to find out.

Gender identity and sex work intersected strangely. Though my crack dealer sometimes misgendered me, he also referred to me playfully as his “boyfriend,” putting his arm around me as I sat on his lap, hoping he would shotgun me a hit. I probably “passed” as male, with my shaved head, bound chest, hairy legs, and skinny physique, leaving no body fat for feminine curves. However, naked from the waist down, letting some guy stick his dick inside me, I didn’t feel particularly masculine. I didn’t feel particularly anything, besides bored, in pain, and craving my next high.

Many trans people experience “gender dysphoria”, a feeling of disconnect or discontent between our bodies and our minds. I believe this is part of why some trans people do sex work. It’s not our body, even though we’re stuck inside of it. We don’t feel like it’s ours. So exchanging sexual access to it for money, especially if we’re struggling to pay for drugs, hormones, surgery, or even food or rent, doesn’t seem so outrageous. We’re already disconnected.

My last experience with sex work was by far the least unpleasant. A friend of mine who also engaged in professional sex, gave me a man’s number who would pay me to suck him off. Next time I needed to get high, I called and he drove to pick me up. Unlike my crack dealer, this man was remarkably polite. He asked for consent before doing anything, honored his word about the amount we agreed on, and offered impressive hospitality for somebody purchasing sex. His apartment was clean and well-furnished, unlike the dingy basement where I bought my drugs and pissed in a hole in the floor. This man was perfectly respectful, treated me with human dignity, and even bought me breakfast. When I got clean, I quit sex work, but I wish that particular client nothing but good will.

After performing sex work on multiple occasions, engaging in plenty of casual sex, and surviving rape, I noticed symptoms of some kind of infection. I ignored them until I got clean, and I couldn’t take it anymore. The symptoms hadn’t receded, and I worried that I might have an STD, maybe even herpes or HIV. With my typical American public education, I’d had little to no sex education, and had no idea what was wrong. Reluctantly, I scheduled an appointment with the local Planned Parenthood and let a doctor examine my genitals, trying to disassociate as effectively as I had when I was using drugs.

Luckily, I didn’t have an STD. I had a bacterial infection, curable with a week’s worth of antibiotics. I took my pills and headed home, vowing that I would never again let anybody touch me without my permission and a mutual feeling of sexual desire.

When I saw an endocrinologist for testosterone, he told me I needed to undergo a genital and chest exam. “Why?” was my silent question. “What is the medical relevance?” But instead, I said “Okay”, as I was used to doing when trying to get something. Thinking again, I followed up with, “Do I have to?” to which he said yes.

I sent my file from Planned Parenthood to the endocrinologist to prove somebody had already poked around in my privates recently. As for the chest exam, I intended to refuse it, but next time I came in, they had apparently forgotten. It might seem like a trivial thing to assert myself over, but female-bodied people are routinely pressured, bullied, and coerced into invasive, unnecessary exams, comparable to sexual assault. Recent research explains how a pap smear is often not a true medical necessity, simply another way to oppress female-bodied people.

Furthermore, having let people touch me who I didn’t want to, in exchange for money, I certainly wouldn’t let somebody touch me while paying them to do so.

My thoughts on sex work are similar to my thoughts on drug use. While I no longer wish to participate, I have no judgments against people who do. And I believe those activities should not be treated as crimes, since they are victimless, but as social problems, and be addressed with harm reduction strategies, to keep those involved as safe as possible. Harm reduction strategies have already been implemented in some areas, and include clean needle exchanges for IV drug users, and safe places for sex workers to conduct their business without fear of rape or assault.

While I feel no acute pangs of regret about my time working in the sex industry, I’m grateful to be clean and legitimately employed. As for my recreational sex life, it took some time to feel comfortable with sexual arousal and being touched. With my history of gender dysphoria and surviving rape, I’m extremely happy to enjoy sex today, and to do it for love and pleasure, rather than for money or drugs. I just hope sharing my experiences will educate those who may be unfamiliar with sex work and trans identities, and empower those who are quite familiar already. 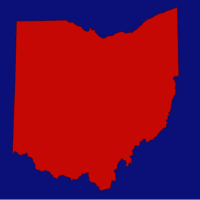