Star Trek‘s greatest appeal, if you talk to the nerds who are really into it, is its bold embrace of a post-scarcity structure. In Star Trek, technology has allowed humanity to earnestly and fully eliminate sexism, racism, poverty, even extreme weather disasters or pollution. Every single structural problem on Earth is truly gone forever, they’re all really gone, and now humanity is doing the only thing really still worth doing, exploring space.

When The Next Generation booted up, dropping the “man” from “where no one has gone before!” intro speech, the hopes were high that like its predecessor, it’d push the bounds of what was regularly seen on TV. In terms of gender, it mostly punted. There’s one episode where Will Riker dates a member of a species without gender, but the alien quickly comes out as identifying as female, a crime punishable by brutal retaliation on her planet (Jonathan Frakes, aka Will Freaking Riker, later came out saying he felt the alien should have identified as male). Dr. Beverly Crusher falls in love with a Trill, a parasitic species that takes different hosts for dozens of lifetimes, but decides she can’t continue the relationship when the Trill switches from a male to a female host.

The next great same-sex Trek friendship that would meant for more would happen on Deep Space Nine, the show that started in 1993 and focused on Starfleet’s attempt to rebuild a Bajoran space station recovering from decades of a Cardassian occupation (Eastern Europe and Germany, Palestine and Israel, Native Americans and America, take your pick of metaphors). That relationship would be that of Cardassian tinker-tailor-spy Garak and the young gadabout doctor, Julian Bashir. Just ask Tumblr: these two dudes, trading breakfast and witty repartee were meant to be together. Andrew Robinson, who played Garak, claimed to play Garak as “omnisexual” at first, but then stopped doing that once people noticed, which was instantly. People really wanted a gay character on Star Trek!

So instead, let’s turn to a bond that wasn’t built on being clever, but rather on trust. Kira Nerys, former Bajoran Militia member and her planet’s liaison to Deep Space Nine. Kira’s a born warrior whose only regret is that she didn’t kill more of the Cardassian occupiers, and isn’t quite sure how to handle herself now that the war is over. She’s deeply spiritual and has little faith in the Federation, who consider her home to be a final frontier.

Enter Jadzia Dax. Dax is Deep Space Nine’s Science Officer, and is Jennifer Lawrence without the pratfalls. Jadzia is awesome. She’s a Trill and he stomach parasite slug is famed for being badass. She has life experiences and memories of trailblazing politicians and garrulous Federation diplomats even though she’s only 28! Her hobbies include beating misogynists at their own gambling games, beating misogynists at their own martial arts, spa days, tagging along on quests to see the emotional resonance they have for others and having casual sex.

Dax has the fourth same-sex kiss in television history in the fourth season episode “Rejoined.” The symbiotic relationship between a Trill slug and a Trill host is: the host gets all their memories and experiences, the slug gets to keep developing new memories and experiences. This means no continuing relationships with Trills from past lives. Dax used to be a guy in a heteronormative relationship with this Trill scientist who was also a woman in her past life, and even though they still love each other they are forbidden to be together! But they kiss anyway! That’s our Dax!

It’s worth noting that Kira and Dax aren’t best friends. Through a past life, Dax is best friend with the station’s commander, Ben Sisko, who endearingly gives her the gender-bending nickname “Old Man.” Kira’s closest to members of her old militia cell, as well as various higher-ups in the Bajoran government. But they’re the two women in management at the place they work and bond along those lines. The show doesn’t often shoehorn the two of them together, which helps to make their relationship feel authentic.

Dax keeps trying, though. She gets to Kira to pull a Bashir-O’Brien and dress up all silly for a Holodeck adventure through King Arthur’s time! Dedicated Star Trek fans (which, let’s be honest: how many DS9 fans had not seen TNG first? Surely there are some, but not most!) had already seen this time period in the memorable “Qpid,” where Worf challenged the idea of gender by being a man who refused to be defined by his so-called merriness. Perhaps that’s why the writers didn’t want to get too into what Kira and Dax did in the holosuite, but the clues they drop are like pieces of a delicious steak: that Kira knocks Lancelot the fuck out when he tries to kiss her, as she was playing a married woman in the program.

Is it that hard to imagine an exasperated Dax suddenly calling out “Freeze program!’ and saying, Kira, if it’s that hard for you to imagine anything, how about kissing someone real, and Kira’s all like what, and Dax goes in to kiss her in the midst of a frozen-in-place jousting tournament and Kira’s like, okay, I am into this? And then for the two of them to get flustered and realize that they due back on shift and run back through Quark’s, where a flushed Dax meets Worf for the first time? 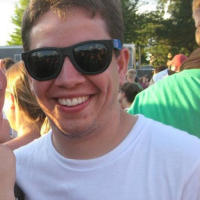 David Grossman is a writer.