Previously by S.H. Carlyle: Tips on Interviewing Your Doula

Piggyback of Maniacal Laughter: Bride gets on groom’s back. Groom holds her up and turns with a smile, as if to say “How did YOU get up there?” Woman offers wry smile in return, perhaps implying: “How about YOU carry ME for a while, the same way I carried you for two years while you were finishing that PhD you’re not using.”

This Barn is Beautiful. Locate barn. Ignore barn owner’s requests not to photograph there. Threaten to expose his secret (people with barns often have secrets). If there are animals in the barn, get them out of there; let the creepy barn owner deal with them. Then get a few shots of the couple being casual around the barn, just like hanging out around the barn is something they do all in the time instead of something they do none of the time.

Vulcan Mind Meld. Couple places heads together. Each half-closes their eyes. In that moment their minds are one. They share each other’s hopes, fears, and plans for the future. This will also let each of them know which of them thinks they’re settling. Capture that moment forever.

We’re in a Field Now! Find a wide, gorgeous field. Stamp down whatever is growing there so you have space to work. Maybe start a small brush fire to add to the background. Note: the couple might express concerns about ticks and Lyme disease. Tell them that they should be fine (be sure you’re wearing long pants and sleeves, of course).

Write It On Your Palm. Have the bride write a note on her palm to show the camera. The message should relate to the engagement (“I said yes!”). It should not be a political statement (“Thanks Obama!”) or personal vendetta (“Eat shit, Jess”). The groom can also write a complementary message, but should avoid revealing contentious issues; e.g., Groom: “Save the date…” – Bride: “That your mother picks” OR Bride: “I’m going to be with you…” – Groom: “Until I have the courage to admit I prefer men.”

JUMP! Love makes people feel like they can fly. In that spirit, have the couple hold hands and jump in the air. Catch them in mid-flight, her hair askew, his arms waving. Have them jump 25 to 30 more times. Yell at them if they say they are too tired and question their commitment.

Balloons. LOTS of Balloons. Have the groom hold a bunch of balloons. Suggest to the couple that some of the balloons might be filled with bees. Pop them one by one. This will add dramatic tension to the shots. The balloons will improve the color composition. The bees are mainly for your own amusement.

Lap Time. Bride sits. Groom lies down, puts his head in her lap and looks up at her. “What will our life be like together?” the bride wonders to herself. Also: “I can’t really feel my legs.” “Have you gotten the shot yet?” the groom will ask you. “Almost. Stay perfectly still,” you’ll say, despite your camera’s battery having run out long ago.

Show the Ring. Bride extends hand, displaying engagement ring. If the ring is adorned with a precious stone that is smaller than the bride would have liked, tell her you can always alter the image in the editing process. (Similarly, if the groom is less attractive than the bride would have liked, employ the same strategy.) When you focus in on the ring, ask how much it cost and refuse to take another picture until they tell you. Ask them why they’re being so weird about this. Tell them how much things you own cost (e.g., camera, jeans, dachshund) to make them feel at ease. This will break down barriers and also give you the opportunity to brag about your expensive dachshund. 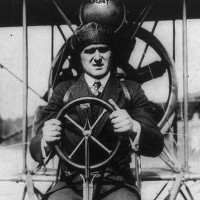 S.H. Carlyle is a humor writer whose work has been featured on McSweeney’s Internet Tendency, American Public Media’s The Dinner Party Download, and various other places. He has been described as “off-putting,” “creepy,” and "please just pay your bill and leave."