William Carlos Williams: “So much depends upon the red wedding.”

Virginia Woolf: “Jaime Lannister said he would screw his sister himself.”

James Joyce: “…Riverrun, past Stone Hedge and Raventree, from swerve of the Trident to bend of Blackwater Bay, brings us by a commodius vicus of recirculation back to King’s Landing.”

Samuel Beckett: “Winter can’t go on, winter will go on.”

Gertrude Stein: “A Dothraki, that is a human horse man, a kind in creature and a cousin not unalike in disliking water. A sea and land on the plains of Essos are not dissimilar. There is no there there.”

F. Scott Fitzgerald: “So we beat on, boats against the current, borne back ceaselessly into the past, before Theon Greyjoy’s great big dick was cut off.”

Ezra Pound: “The apparition of Brienne in a crowd; Broadsword in a wet, deep wound.”

Marcel Proust: “For a long time, I used to go to bed early, mainly because that was the best way to avoid all the conspiring and whoremongering and torture. I’m all for an occasional Saturday debauch, but we’re talking every day of the week, and that was before Joffrey hit puberty.

Ernest Hemingway: “If you are unlucky enough to have lived in Winterfell as a young man, then wherever you go for the rest of your life, it stays with you, for Winterfell is an unmovable shitpile.”

Ford Maddox Ford: “This is the saddest story I’ve ever watched on HBO since Luck…and the dirtiest since Hung.” 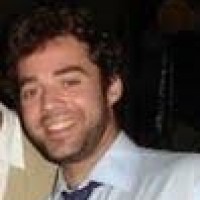 Matt Seidel is a writer living in Durham, NC. His articles can be found here.