Babes in Snackland: The Changing Faces of Company Mascots

A camera panning over a lush, green California landscape paired with a saccharine female commercial voiceover: I was certain we were heading somewhere similar to Hidden Valley, the mythical birthplace of ranch dressing, when this ad started to play. About fifteen seconds in, I was horrified to find that the voice belonged to the Sun-Maid Raisins Girl — but not the radiant version I had grown up with. This woman was creepy and animatronic, seemingly dreamt up by a Pixar artist in the throes of an acid trip.

If anything, this was a lesson that nothing stays the same — least of all the ladies who grace food packaging.

The original incarnation of the Utz girl, introduced in 1921, was far more human looking than the current version — mostly because she actually has a nose. According to an Utz company spokesperson (my secret dream job), she was drawn to resemble a flapper. After a streamlined redesign in 1968, the Utz Girl received a complete overhaul in 1987 and remains the same today. She is with the Natty Boh man and they consistently place on The New York Observer’s Snacking Power Couples list. 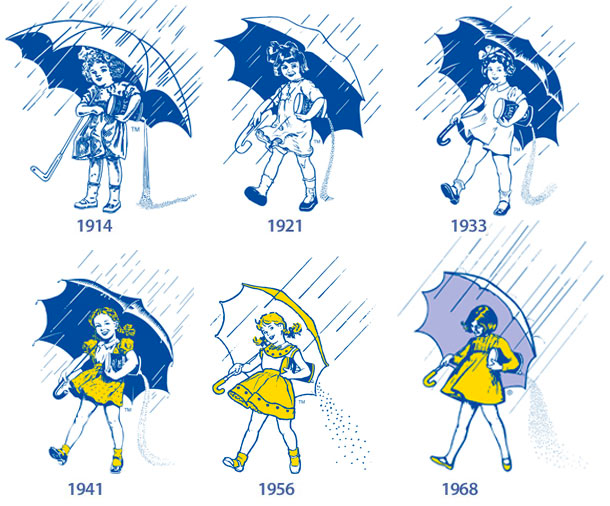 In the early 20th century, the Morton Salt Company launched a campaign to advertise their new, innovative product: free-flowing table salt that came in a container with a pouring spout. N.W. Ayer & Company provided Joy Morton and his son Sterling with fifteen potential ads, but it was one of a little girl spilling salt while clutching an umbrella on a rainy day that particularly stuck because, according to Sterling, it was “the whole story in a picture.” The Morton Salt Girl was redesigned more frequently than any other logo I came across, with new versions rolled out in 1921, 1933, 1941, 1956, and 1968. In the very first, she’s a bumbling toddler barely capable of holding on to the salt container and umbrella at the same time. Over the years, she gets a more graceful grip of her umbrella, slimmer legs, and a yellow babydoll dress. She also made her way onto that Jawbreaker t-shirt that pretty much every guy I had a crush on in high school owned. 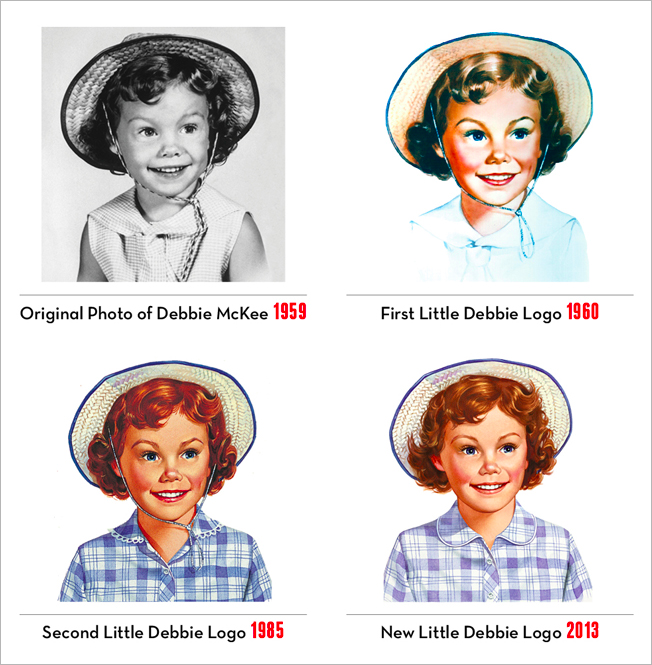 Little Debbie is based on a photo of Debbie McKee, the McKee Food owners’ granddaughter, that was taken in 1959. She was subtly redesigned in 1985 and then very recently in 2013. Honestly, she looks pretty much the same and I would friggin’ kill for a Zebra Cake right now. 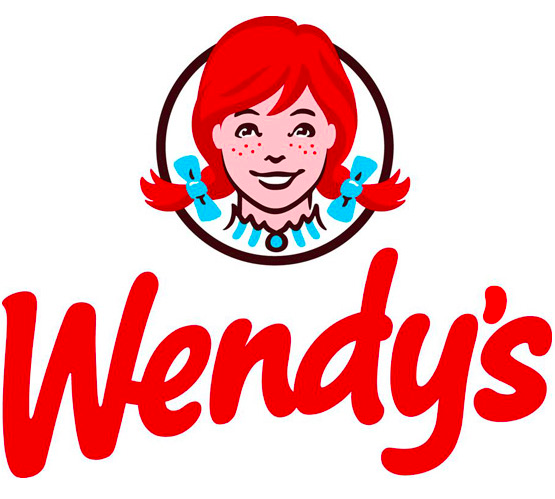 Dave Thomas may have had four children, but it was his youngest, Melinda Lou, or “Wendy,” who was chosen to be the name and the face of his fast food chain that would go on to become famous for serving up disconcertingly square-shaped hamburgers. From 1969-1976, she’s scrawled as a lo-fi illustration who’s sitting at a slight angle. In 1976, she was redesigned slightly — the color scheme remains the same but the hues are more saturated, the lines more smoothly drawn, and she’s viewed head-on. In February 2013, she received the first major makeover in decades — and, of course, Fox News was on it. 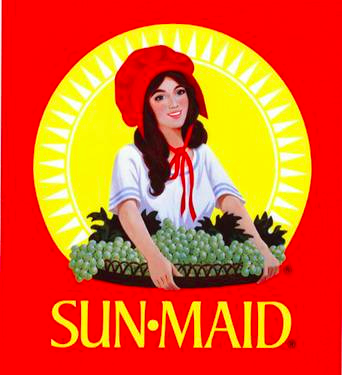 The Sun-Maid Raisin Girl also has the distinction of being based on a real person: Lorraine Collett Petersen. Back in 1915, Lorraine was drying her hair in her parents’ backyard when she was discovered and asked to pose for a painting while holding a basket of grapes. (Totally fucking weird, but I digress.) A year later, her likeness was added to the product line. The current, non-animatronic version that appears on product packaging was finalized in 1970, with Lorraine being phased out in favor of a younger woman who worked for Sun-Maid’s packaging supplier named Delia von  Meyer. The most recent version that appears in commercials was unveiled in 2009. When you Google Image Search the Sun-Maid Raisins girl, this quasi-erotic drawing is a result, proving that nothing is sacred. 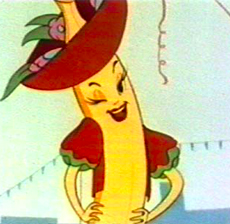 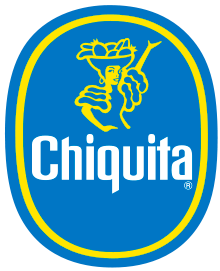 Miss Chiquita was originally drawn in 1944 as a sexy anthropomorphic banana. In 1987, the artist behind the Pink Panther, Oscar Grillo, turned her into a vivacious Latin American woman. The playful, effervescent nature of the Chiquita logo stands in stark contrast of the company’s reputation for giving money to violent Colombian paramilitary groups and committing human rights violations for several decades. 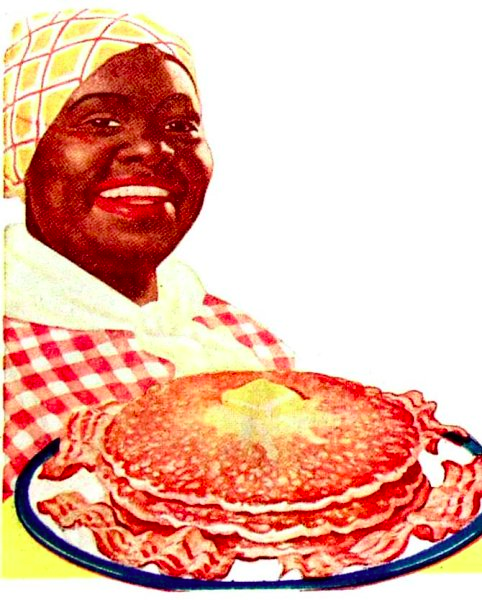 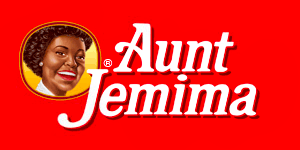 The Aunt Jemima logo has perhaps the most contentious, uncomfortable past of all the female food packaging logos. Founder Chris Rutt was inspired to name his company Aunt Jemima after attending a blackface minstrel show and witnessing a performance of the vaudeville song “Old Aunt Jemima.” For many years, a mythology was carefully crafted around the Aunt Jemima brand; this fictional character was upheld as an example of the romanticized antebellum south, a “mammy” who happily took care of white folk. Former slave Nancy Green was even hired to play Aunt Jemima at the World’s Fair in 1893; she was tasked with cooking up pancakes and regaling visitors with stories of feeding Confederate soldiers during the Civil War. Alarmingly, it was not until 1989 when the logo was redesigned so that Aunt Jemima lost her headscarf and was transformed into the image we see on pancake mix and syrup today. It’s no wonder that Gladys Knight inspired such a backlash when she agreed to appear in commercials for the brand in 1994. 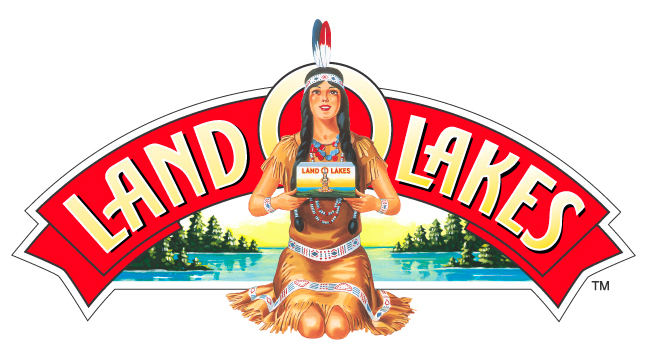 The discourse surrounding whether or not Native American sports logos are offensive hasn’t quite hit the butter aisle yet. The Land O’ Lakes Indian Maiden logo was originally painted in 1928, then updated in the 1950s by Patrick DesJarlait, an Ojibwa artist. The logo’s garnered the most attention in recent years for a trick discovered in the mid-aughts, most likely by a stoned teenage boy. And, of course, who can forget the existential crisis she inspired in Sally Draper in Season 4 of Mad Men? “When I think about forever I get upset. Like the Land of Lakes butter has that Indian girl, sitting holding a box, and it has a picture of her on it, holding a box, with a picture of her on it, holding a box. Have you ever noticed that?”

I’ve watched that Sun-Maid Raisins commercial probably a dozen times while writing this piece, trying to place exactly what was so unnerving about the advertisement. If the animated Sun-Maid Raisins girl had just been introduced to me at that time, I think I would’ve found her less off-putting if I wasn’t so keenly aware of what she was replacing. The brands that use female mascots aren’t new or innovative by any means. They’re foods many Americans, myself included, grew up eating and subsequently associating with whatever girl or woman was plastered on the packaging. They may not be locally sourced, or organic, or calorically sensible — but taste is so often intertwined with loyalty and nostalgia.

Redesigning these women is a delicate process — they need to be updated while still retaining the familiarity that keeps the consumer coming back to the brand again and again. Sometimes, like with Aunt Jemima, it’s a necessary way to shed ugly associations with a difficult part of history. It may be long overdue but ignored, such as in the case of the Land O’Lakes Indian Maiden. If done extremely subtly, like Little Debbie’s makeover, the consumer will continue to hold onto the childhood pleasure of eating a Honey Bun or Swiss Roll — even when they know it’s not in vogue to eat something with an ingredient list that long and unpronounceable. Or, as with the poor Sun-Maid Raisins girl, they’re hurtled into the 21st century a little too quickly, losing that specific, recognizable charm. 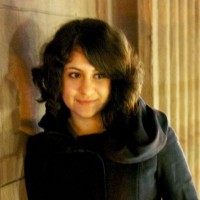