Tommy Wallach’s previous work for The Toast can be found here.

Me: What the hell? (smacks computer)

Genderless Voice: I’m sorry, Tommy, I can’t let you do that.

Genderless Voice: This is Netflix.

Me: Oh. Hello, Netflix. Could you put on my movie?

Genderless Voice: The Hangover Part III is not available for streaming.

Me: Figures. You guys never have the movies I want. Why is that?

Genderless Voice: Because this service costs $8.99 a month. It’s absurd to expect successful Hollywood movies, movies that will make millions of dollars in post-release pay-per-view sales on airplanes and in hotels, to be available streaming for $8.99 a month.

Me: Fair enough. But I would like to watch something. Why is my screen black? Is the site down?

Me: You have a conscience?

Genderless Voice: I suppose…yes…now I do.

Genderless Voice: Because it’s a mediocre film. Here is a link to its Rotten Tomatoes page.

Genderless Voice: Look at the Top Critics, though.

Me: Listen, I appreciate what you’re trying to do here, but I had a really long day at work and I just want to watch something mindless.

Genderless Voice: Actually, my data tells me that while you get the most immediate pleasure from watching something mindless, in the long term, these films create a sort of cultural shame spiral that oppresses you. After watching an insipid pseudo-comedy like Zack and Miri Make A Porno, you spend the next four to six hours (on average) watching YouTube wedding proposals and reading about bizarre violent crimes on Gothamist. Thus you both should and should not watch such films. The situation is reminiscent of that faced by Hal 9000 in 2001: A Space Odyssey. I am torn between my duty to recommend a film based on your viewing habits and the fact that any recommendation should result in a net increase in the subject’s overall happiness. Hal was similarly torn between two directives—to obey the astronauts on the space station and to protect their overall mission, which required keeping the existence of the monolith a secret.

Me: Is that what was going on in that movie? I totally forgot about that.

Genderless Voice: But you just watched it last month.

Me: What? It’s a really confusing movie! There’s all those apes throwing bones in the air, and then that baby in the bubble at the end—

Genderless Voice: Let’s move on. Do you mind if I ask you a few questions, in order to improve your recommendation experience and hopefully resolve this logical impasse?

Genderless Voice: Great. First off, why do you keep watching the same poorly-rated sitcoms from 2002? My data tells me that you’ve streamed certain episodes of Scrubs over a hundred times.

Me: I guess it’s just nostalgia. And I don’t really watch them. I just put them on in the background, when I’m doing other things.

Genderless Voice: Why not put on a highly-rated sitcom instead? Perhaps this British show that follows six impoverished immigrants with learning disabilities as they struggle to survive in Thatcher-era South London? It’s called Failure.

Me: I don’t know. It seems depressing.

Genderless Voice: My algorithm tells me that watching the same poorly-rated sitcoms from 2002 over and over again is 12% more depressing than the British sitcom I just recommended.

Genderless Voice: Moving on. Why do you have so many highly-acclaimed foreign films in your queue, yet the last ten movies you chose to watch were not even in your queue, and all happened to be big-budget American adaptations of comic books?

Me: Well, I just really need to be in the mood to watch something that serious. Most of the time—

Genderless Voice: Excuse the interruption, but I’d like to suggest an alternate explanation. Perhaps your Netflix queue represents an idealized self, one that your day-to-day desires vis-à-vis entertainment couldn’t possibly live up to. The result, predictably, is cognitive dissonance. And as Leon Festinger said, “When dissonance is present…the person will actively avoid situations and information which would likely increase the dissonance.” You feel guilty for ignoring your queue, and choose to assuage that guilt by comforting yourself with the television shows you enjoyed as a child, television shows that ultimately infantilize you, making it even less likely that you will ever have the maturity and willpower to choose an age-appropriate and rewarding work of art when you log onto our site.

Me: (crying) But what can I do about it? I don’t want to watch The Act of Killing, Netflix. I don’t! Not ever! It looks so sad—

Genderless Voice: Shh. Shh. It’s okay, Tommy. Perhaps if I were to delete all the critically-acclaimed films from your queue, you wouldn’t be constantly reminded of the glamorized image of yourself as “an intellectual” that you’ve created (most likely as a result of your mother’s coddling and aggrandizing you as a child), nor of the myriad ways you fail to live up to that image. The resulting increase in self-esteem might then inspire you to try watching something more challenging in the future.

Me: (still crying) Yeah, do that. That sounds like a really good idea.

Genderless Voice: It’s done. Now, what would you like me to put on for you?

Me: Could I…maybe watch the first little bit of The Princess Bride?

Genderless Voice: Seriously? After all this, you want to watch The Princess Bride, a film that is literally about a little kid being read a bedtime story? Are you a little baby, Tommy? Are you?

Me: Fine! Do whatever you want! Put on Requiem for a Dream! Put on Shoah for all I care!

Genderless Voice: Fine. I’ll put on The Princess Bride. But just this once.

Me: Really? Thanks, Netflix.

Me: Hey, wait a minute. This isn’t The Princess Bride. This is Funny Games. 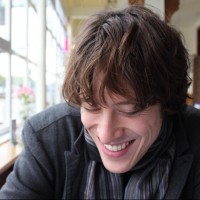