Advice for Parents Who Want to Sail With Their Kids

Question: Should I sail around the world with my kids?

You had these children, clothed and fed them, got them to the doctor and the dentist and made sure their hands were washed before they ate – and now you want to take them into the wide, wide ocean? You want to offer their adorable faces, with their big cheeks and bright eyes, up to Poseidon and the winds and the weather! Did you know that there is weather on the ocean? Rain and thunder and lightning! It can get really, really cold and windy on the ocean (if you’ve seen any movies, you would know this.) And, you should be aware of the fact that the ocean has waves. Big ones, sometimes. I mean, sure there are rocks and bumps on land that kids can crash into, but come on – a wave is bigger than a rock. Plus: fish! A kid can fall off her bike and smash her face into the concrete and knock her teeth out and break her chin right open, but at least she won’t be faced with a fish, which would be just shocking.

I suppose you’ll have a life vest on these kids while they’re at sea. Do you know how constrictive life vests can be? They make your arms numb and you can’t turn your head and it’s hard, in a life vest, to reach your face when your arms are only 12″ long. A kid can’t properly sneeze with a life vest on. They’ll whine and moan about the vests, and beg you to take them off. And if you do take them off, then I have one word for you: rope. You’ll have to tie a rope belt around them and secure them to the mast, and then you know what happens? That kid will be clotheslining you all day long. You’ll be lucky if that kid doesn’t knock the whole family overboard, or if she doesn’t get tangled up around the ship’s wheel and cause all sorts of havoc. Vests or belts, you’re in for a mess.

And what are you going to feed those kids, out in the ocean? Is there a kitchen on your boat? Don’t get too excited about using that kitchen because 1. your kids are going to be seasick for about 10 days straight, and vomit is never good for an appetite, and 2. all they’ll want when they aren’t sick is macaroni and cheese or grilled cheese sandwiches or pizza. You’ll have to store so much cheese and milk and those things go bad so fast, where are you going to get more? The Ocean Grocery Store? Is there a Webvan for the Pacific Ocean? Didn’t think so.

Now look, you’re going to be on a boat in the ocean and what if that boat breaks down? That never happens on land, you never hear about a boat breaking down and them having to call a tow truck out, but in the water for sure boats break down all the time! And there you will be, in the ocean on a very expensive piece of driftwood, and you’re going to need help! Well, I hope you have a plan. On land we have phones, but they don’t have those in the ocean. I have never gotten a phone call from someone on a boat, have you?

So your boat is broken down and you have to ask for help and then what? You’re going to have to wait and not sink in the water, that’s what. You don’t have to worry about sinking when you get a flat tire. Sure, you have to make sure to get to a level part of the road, and cross the freeway or wherever you are without getting hit by another car, but it’s doable. People do that everyday. Do you think there are sailors in boats that are waiting for rescue everyday? How many people do you think are on boats every day of the year? 10? 20? See, the numbers are just not adding up.

And while you’re waiting for a rescue those kids are going to be scared or bored, probably not both, but maybe! Crying and picking their noses at the same time. You aren’t going to have a handy DVD player ready to take out because electronics plus water equals death! There’s nothing you can do except sing sailing songs to them, so I hope you’re practicing. They aren’t that popular nowadays so you’ll have to practice before you leave, because you can’t just call up some sailor while your boat is sinking and ask, “Do you know a good song to sing to kids on a sinking boat, while we’re waiting for help?” Though, if you asked me, I would tell you yes: I know a song.

If you do make it out of the ocean alive with your kids in tow, I would be amazed. There is so much danger out on the ocean, and with no real way to prepare for it, you’re doomed! Don’t ever try to do anything adventurous with your kids in any way unless you are prepared to care for them yourself! If they burst an appendix on the ocean, you’d better get your scalpel ready. If they need a tooth pulled, that’s one thing, but a whole appendix?

And what if they don’t like sailing? Ha! Then what? Oh brother, if that happens you are really screwed. Kids hate taking long road trips, and a trip in the ocean is like the longest road trip on the boringest road ever, I would imagine. I’ve never been sailing before but I have seen plenty of photos of boats and there’s nothing going on around them. Just blue, blue, blue.

So, take your kids on the boat and go sail around the world, but bring some aspirin and ear plugs, and be sure to save your money for that warship that is going to have to come and pull you out of the water. Because that’s what always happens whenever anybody goes sailing, ever. Hmph. 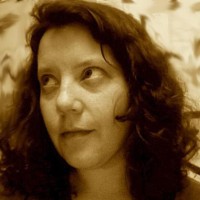