Raising the Tone: Etiquette for Overdue Apologies and Un-Accepting Invites

On the subject of apologies, since y’all have been on the subject lately: what’s your policy on apologies for epic bad behaviour like 10 years after the fact? I just had a debate about this with someone who suggested it’s actually selfish when you contact someone you’ve lost touch with for an apology, sincere as it might be, because you’re doing it for you and not them. I have seen this go both ways recently and I’m feeling muddled about the subject. On the one hand, a friend in AA had very positive experiences making amends, which might have been facilitated by people’s familiarity with this being one of the steps. On the other hand, a friend who’s a trans guy had written a genuinely sincere letter apologizing to a woman he’d known as a teenager, (before transition) who he’d bullied in quite a misogynistic manner due to his issues with his own gender. She was very angry with him for reminding her of a sore subject and said he was only doing it for himself, and he naturally felt terrible for upsetting her. Is this a risk worth taking?

Well, now, I don’t know. I am not an ethicist, nor do I particularly care to weigh in as one, and I’m not generally in the business of making blanket statements without specifics (generally! I definitely am in that business occasionally. See below.) But, here goes nothing!!! Wheeeeeeee!

If you are in AA, by all means, go ahead and make amends, when it is appropriate to do so. As you say, this ritual has become enough a part of the culture that people understand it. I don’t know how much relief it brings to those who were feeling wronged for years on end; my guess would be that (you guessed it!) it varies. But note that AA uses the language of “making amends” rather than “apologizing” and clarifies that you may want to give this step a miss if it would cause recipients of such amend-making further pain and suffering. This is a helpful–though non-AA-affiliated–primer on the amends process, if you’re interested.

If you’re going through a time of personal transition, even one that doesn’t come with a widely-familiar cultural script, I get why you would want to do this. And if you decide you want to go forward with it, consider examining carefully the AA stipulations and thinking long and hard about how to proceed. They could provide a useful guide.

Hesitate before you do anything involving anyone who isn’t currently or has never been a meaningful presence in your life. Apologizing in person to your sister-in-law for some long-ago “epic bad behavior,” as you say, while talking honestly about your experiences and the ways in which your perspective has changed over time, all while leaving the door open for her to tell you that she still thinks you’re a complete dope? Could conceivably be really productive and enhance Thanksgiving dinners for decades–literally decades!–to come. Facebook messaging the girl you called a lobster (why a lobster?) on the bus in elementary school? Not really about her. Definitely about you. And not really productive. Will you be repairing a potentially important relationship? No way! She hates you, or has forgotten you exist, or feels a vague antipathy whenever she drives by your parents’ puce-colored house whilst visiting her parents for a few nights accompanied by her handsome spouse and charming children (they are all en route to Hawaii, where she is the keynote speaker at a conference on a fascinating and surprisingly lucrative topic.)

Be warned, too, that in the absence of a real relationship, such “apologies” can make the apologizer look doggedly single-minded and self-absorbed to the point of eccentricity. Or, in fact, mental illness. Something to think about.

How do you decline a wedding invite after you have accepted?

In the absence of any context I will simply say that you don’t. Why would you do that? There are like three acceptable good reasons, all of which involve dire circumstances such as death, illness, or criminal allegations.

Here’s the caveat, and I guess actually that this is the unspoken caveat to all answers to any questions submitted to yours truly: if you simply don’t give a shit, go right ahead! Perhaps tell them you feel terrible, but you won’t be able to make it. Be as polite as you can while doing this absurdly rude thing. Offer a reason if you have one, I suppose, but, as I say, unless your reason is that your mother is dying, you don’t actually have a reason (if your mother is dying, just explain that to the intendeds and voice regret… for all the years you weren’t nicer to your mom, for missing out on their party, whatever; they will definitely understand.) And send a gift, duh. Know that these people will probably think less of you henceforth, or at least feel vaguely resentful towards you.

Why is it so rude, you ask? What’s the big deal? Here I will let you in on a secret: even if the people doing the marrying are terribly blasé and whatevs about the whole thing–”Wedding Industrial Complex,” “we’re just doing it for our families,” there are big, flashing air quotes around the “bachelor party,” etc.–their wedding is a big deal to them, and also it’s a pain in the fucking ass to plan. By canceling, you may or may not have cost them money, but that is partially beside the point. The main thing is that you’ve just said that you don’t particularly care about this thing that we’ve all agreed, culturally, is a big deal. You might not think it’s a big deal. They might claim not to think it’s a big deal. But none of us live in a cultural vacuum and trust me, we’ve all decided it’s a big deal. You can argue about whether or not this is for better or for worse, absolutely! Please, by all means, argue thoughtfully away, on your own time/tumblr. But until things are pretty different, know that this is a ritual that matters, and by skipping out when you said you would come, you are effectively saying that these betrotheds and their culturally-weighted party don’t matter much to you. To imply this, with or without words, is rude. In the name of all that is thoughtful, don’t do it. 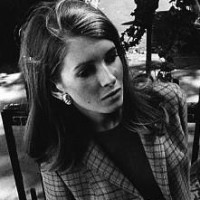 Ms. Proprietypants is not bothered which knife you use for fish; she just wants to raise the tone a little. She lives politely by the sea.

Add a comment
15525113 Comments on Raising the Tone: Etiquette for Overdue Apologies and Un-Accepting Inviteshttps%3A%2F%2Fthe-toast.net%2F2014%2F06%2F19%2Fraising-tone-etiquette-overdue-apologies-un-accepting-invites%2FRaising+the+Tone%3A+Etiquette+for+Overdue+Apologies+and+Un-Accepting+Invites2014-06-19+14%3A00%3A01Ms.+Proprietypantshttp%3A%2F%2Fthe-toast.net%2F%3Fp%3D15525