Previously by Jesse Berney: The Other Avengers Are Pretty Busy Right Now

No one knows better than I do how cruel society can be to those who choose not to conform to its mores. My wife and I have chosen to live our lives strictly as though it were the year 2012, and we face near constant mocking of our uncompromising lifestyle.

The looks I get when people see me using my iPhone 5 are deeply hurtful. I can see the judgment in their eyes.

They look at my slightly unfashionable clothes and see a freak. But I am no freak, just a man who chooses to live in a simpler, more innocent time, a time when abortion was slightly more accessible in several states.

Yes, our choices come with sacrifice. When I went to HR to complain that my coworkers were creating a hostile work environment by discussing Seasons 6 and 7 of Mad Men — seasons that literally don’t exist in the world I choose to live in — I was met with disbelief and derision.

I don’t need your fancy modern technology. My 2012 Mazda gets us around just fine. Our high-definition, flat-screen television isn’t curved, but we manage.

Do you think it’s easy maintaining a lifestyle so different from yours? You think we don’t face challenges? I want to make jokes about how it’s the year in Back to the Future Part II, just like you do. I’d like to support someone for President other than Barack Obama.

Your social life is probably full of hot new restaurants and the latest movies. Not us. If we want to go on a date, we have to choose a place that’s successful enough to have been around for at least three years. The movies we watch are all on Netflix — and that means the DVDs come in the mail. (Streaming was available in 2012, but it’s really hard to keep track of what was available to stream back then.)

Yes, we have to make a few concessions to live in the modern world. We do our best to ignore our son, born in 2013, but the law requires us to feed and clothe him. Society’s cruel discrimination against us means that our six-year-old daughter was moved up from preschool against our wishes.

But we soldier on, committed to our 2012 lifestyle.

Are we better than you for choosing to live this way? No. Well, maybe a little. We are definitely not worse than you, and we are sick of being treated like pariahs just because we choose to live in a time different from yours.

The year of the London Olympics. The year Christopher Nolan’s vision for Batman came to a close. Benghazi. Clearly 2012 was the peak of human civilization, and I for one refuse to move on. 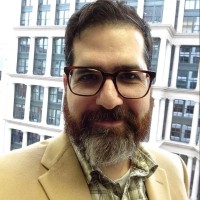