Kate Spade Quote Unquote Studs, $24 (were $48) Any puzzling jewelry that forces people to get closer to your face is great jewelry.

American Rag Straight-Leg Jeans, $26.99 (were $59.50) The only reason these are on sale, according to reviews, is that they’re more like jeggings than jeans, but are still beloved. You’ve been warned!

Devon Lace Safety Short, $9.99 (was $14) At first, I only planned to include this item because I have a friend named Devon. But now I’m more concerned with the name. What gives, Urban?

Butterfly Sleeves Empire Waist Kaftan, $35 This is the non-maternity version of my favorite maternity kaftan. The whole shop is bomb, though. 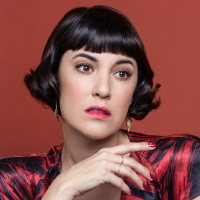 Jane Marie is a writer, mother, fighter and lover.